Is this the high-flying motorsport of the future? 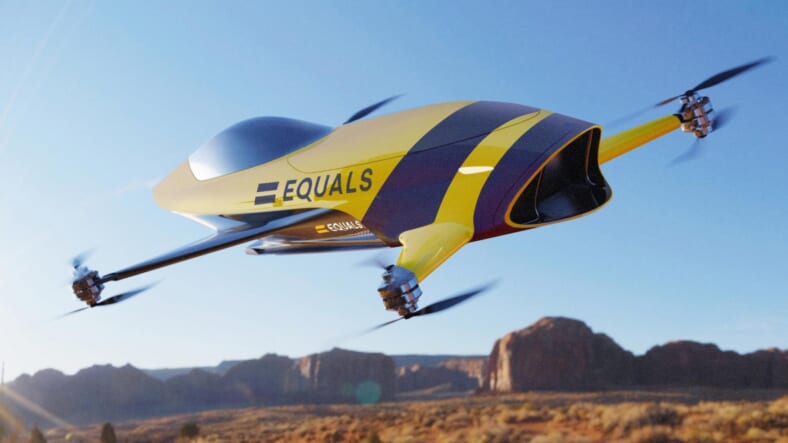 Australian startup Airspeeder aims to take the world of motorsports to dizzying new heights with a “flying car” racing series that’s set to take flight in 2020.

The company claims that it’s creating the “world’s most watchable sport” in combining “the format of Formula E, the thrills of air racing and the glamour of F1.”

The whole thing sounds more like drone racing on steroids than the next evolution of Formula One, but it still sounds pretty fun nevertheless.

Airspeeder also apparently can’t decide whether to refer to the vehicle that will compete, the Mk.IV, as a “flying car” or a “manned electric multicopter” on its website. Regardless, here’s what we know so far about the futuristic aircraft:

Developed by Alauda Racing for Airspeeder, these battery-powered, carbon-bodied octocopters top out at 125 mph and have a claimed power-to-weight ratio that’s “superior to an F-18 fighter jet.”

The Mk.IV is set to make its debut at the UK’s Goodwood Festival of Speed this week, where it will exhibit its aerial capabilities at the Goodwood Aerodrome.

CNET’s Road Show reports that testing will continue this November in the Mojave Desert before Airspeeder launches the racing series next year.

Would you watch this over NASCAR?