Listen to the Aston Martin Valkyrie’s 1,130 HP V12 Roar Like A Beast

You’ve never heard a car that sounds quite like this. 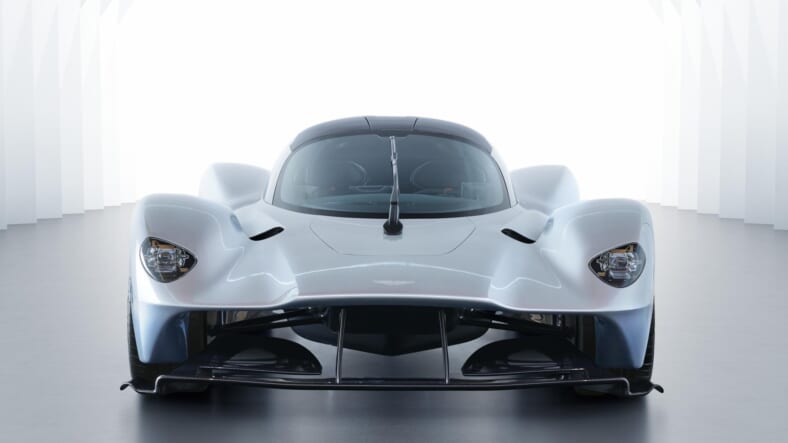 The Valkyrie, Aston Martin’s hotly-anticipated hybrid hypercar, is set to debut next year. The storied British automaker decided to remind everyone of that glorious fact by releasing this video of the Valkyrie’s truly incredible V12 engine revving wildly.

The video itself is little more than an audio recording of the innovative engine kicking up the RPMs to a fever pitch, and it’s enough to get any auto enthusiast’s blood pumping.

That hybrid engine, a fearsome collaboration between Aston Martin and Red Bull Racing, will be the heart and soul of the Valkyrie and propel the street-ready hypercar with more than 1,130 horsepower.

The Valkyrie’s engine remains a marvel, even among the upper echelon of electric performance cars coming from Porsche, Audi, Infiniti and the likes. Aston is dropping that engine into one of the most futuristic body styles it’s ever made, ensuring that the Valkyrie won’t just turn heads when it’s heard, but when it’s seen as well.

A major departure from the sleek, elegant lines of every other production car Aston makes, the Valkyrie has gotten a style that is much more aggressive and F1-inspired.

It does share in the heritage of Aston in terms of naming rights though, with the appropriately mythologically-inspired Valkyrie joining the ranks of the Vanquish, Vantage Vulcan, and perhaps even the 007 Q-Branch Vanish.

Much still remains to be learned about the Valkyrie as Aston slowly but surely takes the wraps off of this fantastic project.

Keep your eyes peeled for track times, 0-60, MSRP and all the rest of the finer points as the date when the Valkyrie hits dealers draws near.