The Hoff will personally deliver his famous automotive sidekick to whoever wins the auction. 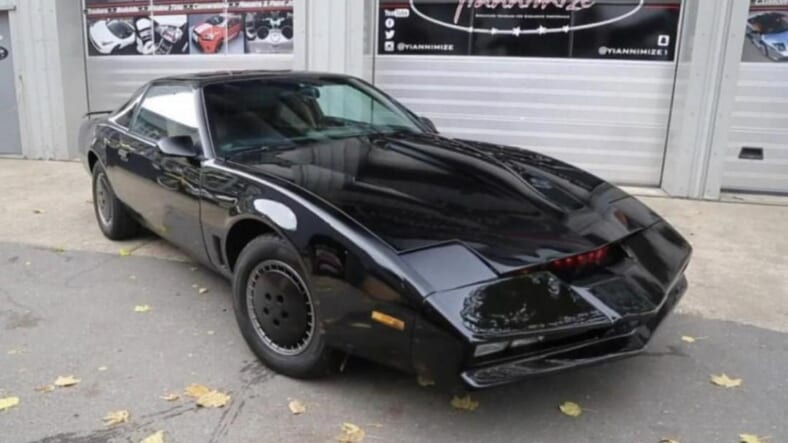 The dryly humorous banter between David Hasselhoff and his autonomous automotive partner K.I.T.T. (Knight Industries Two Thousand) in the 1980s TV series Knight Rider made for a next-level on-screen relationship between man and car. Now 35 years after the pair solved their last crime on the classic show, The Hoff is selling his prized K.I.T.T. replica on LiveAuctioneers.

Car and Driver reports that the vehicle is a 1982 Pontiac Firebird Trans Am conversion to a “fully functional K.I.T.T.,” but that description likely only applies to the sci-fi-tastic light-up dash, bevy of buttons on the center console, and the custom red lights hidden under the hood.

High-tech weaponry and near-indestructibility obviously aren’t included, but we hope that some of the fictional software’s classic sarcastic commentary voiced by William Daniels has been pre-programmed.

Not many other details were included about K.I.T.T., other than a portion of the proceeds from its sale will be donated to charity. But there is one more kicker that could sweeten the deal for the right Knight Rider fan: If the hammer price exceeds the reserve price by 25 percent or more, the Hoff will personally deliver K.I.T.T. to the winning bidder. The current $375,000 bid has already far exceeded a maximum pre-sale figure of $300,000.

If you can’t swing six-figures for a piece of Knight Rider nostalgia, a signed portrait, promotional picture, and a rare K.I.T.T. toy pedal car are currently set to fetch between $475 and $1,200.