In Defense of The AMC Javelin

Why the forgotten ’70s pony car is as cool as any Mustang or Camaro. 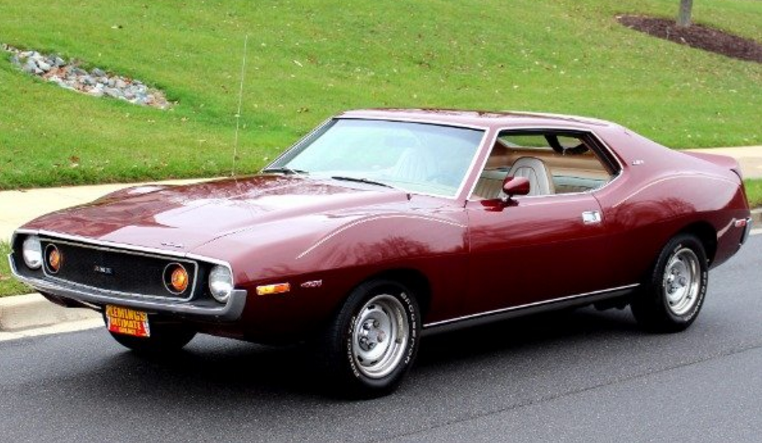 Ford’s Mustang established the muscled-up pony car category when it debuted at the New York Auto Show on April 17, 1964. The Mustang and its chief rival the Chevy Camaro went on to become the best-selling and most beloved examples of that All-American breed. Indeed, the Mustang and Camaro, along with the Dodge Challenger, are the only surviving members of the pony car class today.

But let us argue that the often overlooked AMC Javelin, built between the 1968 and 1974 model years, remains one of the coolest examples of vintage American muscle to ever roll out of a U.S. factory.

The Javelin offered a range of small block V8 engines ranging from the entry-level 290-cubic inch motor to the top-of-the-range 401 and stops along the way at 343, 360 and 390, depending on the model year. Naturally, the finest examples had the biggest engine matched to the manly four-speed manual transmission, with dual exhaust, upgraded suspension and brakes and, the period-correct cherry on top: raised white letter tires.

Roger Penske’s racing team fielded a Javelin for driver Mark Donahue in the Sports Car Club of America’s Trans-American Sedan racing series in 1970, and won the championship in 1971 and ’72. According to the classic car experts at Hemmings magazine, the Alabama highway patrol even fielded 401-powered Javelin pursuit cars in the ’70s. That would certainly have been an unwelcome sight in speeders’ rear-view mirrors.

The comparative rarity of AMC’s pony car, combined with potent Boomer nostalgia, has driven values of well-preserved Javelins upward, although they don’t approach the stratospheric cost of must-haves like the ’69 Camaro.

Classic car dealer Fleming’s Ultimate Garage is asking $40,000 for the car pictured above, though maybe you can bargain with them a little. We want a ride if you buy it, though.