“But don’t just stand there staring, hop in.” 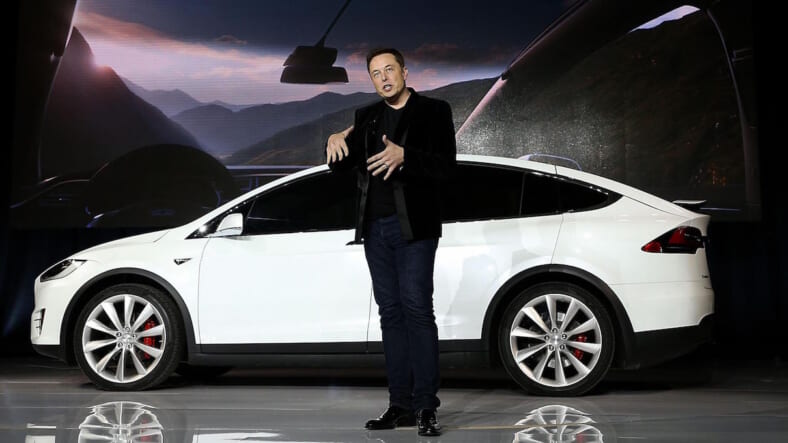 Ever get the feeling Elon Musk is just messing with us? The Tesla mogul likes a good joke, but that means there’s sometimes a moment of “Really, dude?” when he introduces a new innovation.

Case in point: Talking Teslas. Specifically, EVs that can chat with people in crosswalks. Musk introduced the prototype in a video on Twitter last week, and anticipating the response, he went so far as to say “This is real.”

Teslas will soon talk to people if you want. This is real. pic.twitter.com/8AJdERX5qa

The clip is of a Tesla Model 3 addressing pedestrians, saying, “But don’t just stand there staring, hop in.”

And yes, it apparently is real, just as Musk says. Electrek reports that “Tesla changed the underside of the front end of the Model 3 to have a speaker grill” in 2019. Speech is reportedly an extension of the manufacturer’s Artificial Intelligence (AI) programming geared toward self-driving ability.

In the end, this is likely to simply be functional, but if Tesla owners could eventually add soundboard choices—like a widget that imitates the vintage 1970s Mr. Microphone commercial in which a dumb kid with the mic says “Hey good lookin’, be back to pick you up later”—streets might end up full of obnoxiously chattering electric sedans before you know it.

There are practical reasons for Teslas having the ability to speak—the notoriously quiet vehicles have to meet regulatory requirements enacted to ensure people actually know they’re coming.

There’s no timeline on when this feature will be available, much less common, but given the very real need to ensure people can actually hear Teslas in order to avoid getting hit by them, it’s likely to be within the next couple of years or so.