A 850 HP custom Rolls-Royce is being built for a “Wisconsin potato farmer” with the need for speed. 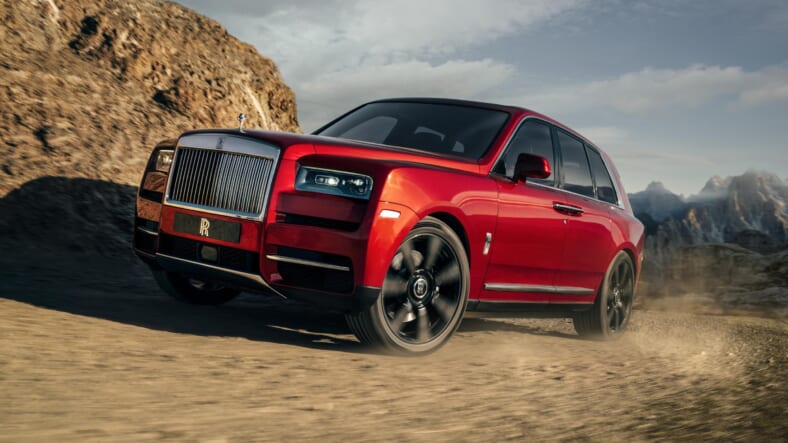 The most powerful production model in the Rolls-Royce lineup is the Wraith touring coupe, but its output won’t hold a candle to a custom Rolls-Royce that’s being built by—you guessed it—Hennessey Performance.

The same Texas tuning house that put the Cadillac CTS-V, Jeep Trackhawk and McLaren 600LT in the 1,000-hp club has confirmed that a Rolls-Royce Cullinan with nearly 300 extra horses is in the pipeline.

“We’ve got a client with a Cullinan who wants to speed it up, so we’re going to take that to the 850-horsepower range,” Hennessey told Robb Report.

The ultra luxury ute’s stock engine is a twin-turbocharged, 6.7-liter V12 that pumps out an already-impressive 565 hp. Because of the turbos, the Hennessey team is confident in their ability to take the Cullinan into Super-SUV territory.

“Anything that’s naturally aspirated, it’s so much harder to get the additional power that it’s not worth your cost or time,” he said, “But we feel confident about the Cullinan. It’ll be a future package we offer.”

The client is an apparently very successful potato farmer from Wisconsin who’s also the proud owner of Hennessey’s Goliath 6×6 pickup truck, a triple-axle, 700-hp beast that’s based on the Chevrolet Silverado Trail Boss.

“He loved it and got one of those,” Hennessey said. “And when he got his Cullinan, he flew down to see us, on his private jet, and proposed we work on the Cullinan. We say no to lots of things, but that’s one we said yes to.”

Clearly, this potato farmer has a taste for ridiculously awesome rides.