You Can Now Pre-Order the World’s First Personal Hoverbike

This thing is straight out of Star Wars. 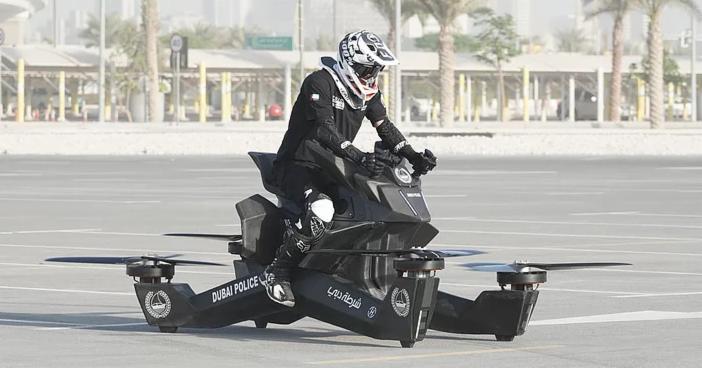 The era of flying to work (or fleeing storm troopers through the forest) may soon be at hand. At least it will be if Hoversurf’s dream of a Star Wars-style personal hovering vehicle comes to fruition. And that dream is set to become a reality sooner than later because the company has opened up pre-orders on their Hoverbike S3 MAV.

The Hoverbike S3, as they’re calling it, is reminiscent of a traditional quad bike only with four heavy-duty propellers instead of wheels. Those propellers, combined with the S3’s lightweight, carbon-fiber body, can take an adult rider up to 16 feet off the ground at speeds up to 60 mph for 10-25 minutes depending on the rider’s weight and weather conditions. It appears the S3 may be capable of going higher and faster but those restrictions adhere with FAA compliance regulations.

There are no specific details laid out about the kind of licensing or certification required to pilot the S3 but it may be surprisingly accessible. The tech within the frame of this flying machine has auto-stabilizers, auto-takeoff and auto-landing capabilities—all suggesting anyone could hop on the S3 and fly. Balls of steel are likely still a requirement though.

The MSRP is currently $150,000. That’s pricey compared to that boring four-wheeled car in your garage, but it’s a pittance when compared to other personal aircraft. And the S3 is invaluable to anyone who ever watched the famous hover bike pursuit in Return of the Jedi.

Hoversurf is now taking pre-orders. A $10,000 deposit puts customers in line to receive their own Hoverbike S3 when it becomes available. Intrepid early adopters will be notified when their turn comes up to buy their own MAV from Hoversurf in 2019.