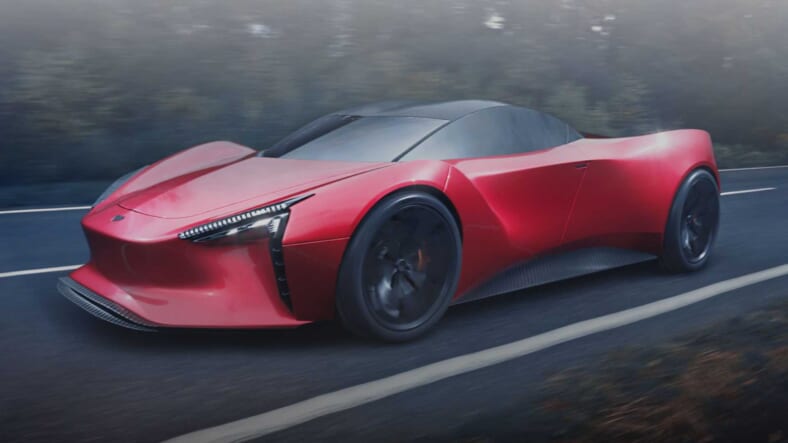 India’s Mean Metal Motors has graduated from conceptualizing the country’s first supercar to creating its first all-electric supercar, the Azani.

Motor 1 reports that the “triple M” automaker first cropped up in 2015 with the M-Zero, a hybrid that’s more faster and more powerful than any Indian production car. But the Azani brings specs that rival halo EVs from well-established brands like Tesla and the recently revived Hispano-Suiza.

Specifics on the aluminum-bodied road rocket’s gasless powertrain are forthcoming, but total output is projected at 1,000 horsepower and 738 pound-feet of torque, allowing for a 2.1-second zero-to-60 mph gallop and a 220-mph max speed.

Mean Metal Motors is currently taking on investors, and the selling point almost sounds too good to be true. According to Top Speed, the brand claims that compared to other hypercars, the Azani uses 100 times fewer components, making it four times cheaper to build and yielding twice the profit margin.

Time tells whether MMM can deliver on these promises by late 2022, so these stunning renderings will have to tide us over.