The 6 Most Exciting Electric Vehicles From the Shanghai Auto Show 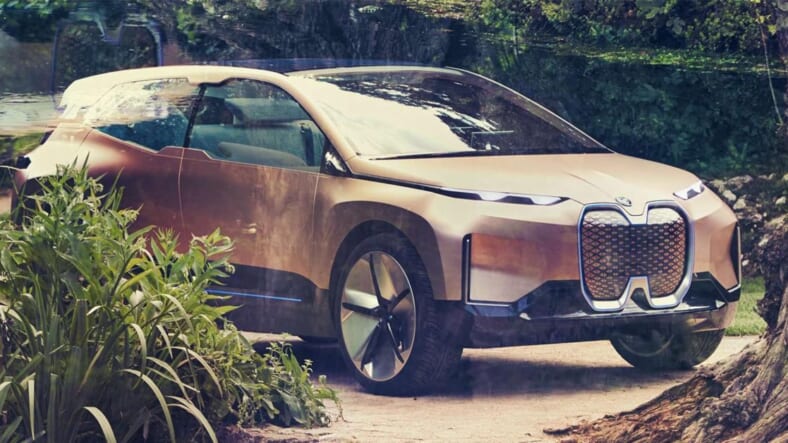 The 2019 Shanghai International Automobile Industry Exhibition is wrapping up this week, and it’s going out with more of a jolt than a bang.

While the major auto shows in Geneva and New York saw the debut of record-setting hypercars like the Koenigsegg Jesko and special-edition rides like the Nissan GT-R 50th Anniversary Edition, the big takeaway from Shanghai was the vast array of cool-looking zero-emissions electric vehicles (save one hybrid).

See six of our favorites below:

Let us show you how many cars we had at the Shanghai Auto Show this year!

4. The Star of the Show! For all the info about this futuristic car, you can check our website: https://t.co/EW3FIrzQO7.#WMotors #IconiqMotors #Muse #AutonomousCar #Shanghai pic.twitter.com/Y6zOVIN0Pf

Quite possibly the most “futuristic-looking” example on this list, the Dubai-based brand’s fully-electric “Muse” concept has more than swiveling front seats and Mercedes SLS-inspired Gullwing doors going for it.

Iconiq Motors promises that this self-driving vehicle will be packed with plenty tech, including two large screens and four personal tablets that run something called a “Comfort, Entertainment and Office” interface. The goal is to provide the “best in-car experience” ever—sounds like they’re well on their way.

Like the Muse, the first eye-catching element of the Geely Preface is its doors—the ones in the rear are in on a “suicide” hinge. Closer examination reveals its broad proportions, hefty rear fenders, and an over-sized grill, all of which give the sedan a muscular aesthetic.

The Chinese automaker didn’t reveal much, but promised that the interior would boast “exquisite materials, simple finishes and bright colors,” as well a strange hexagonal steering wheel. Neat stuff.

Yes, this is technically a plug-in hybrid, but it’s too gorgeous not to mention.

What life started life as the hybrid Karma Revero luxury sedan has been re-tooled by Italian design firm Pininfarina to look more like a supercar. Note its bulging wheel arches, split front grille, angled side intakes, and sleek profile.

Autoblog reports that Karma will produce a limited run of the Pininfarina GT if it “piques the interest of enough enthusiasts.” Consider our interest piqued.

The BMW Vision iNext is coming out of the concept realm fast—the Bavarian auto brand says that the gold-painted SUV will become the new flagship model when production starts in 2021.

Despite that fast-approaching deadline, BMW presented the luxe ute using, shall we say, flowery language.

Its exterior embodies the proportions and dimensions of a modern Sports Activity Vehicle, while the interior takes the form of a mobile environment designed to enhance quality of life. The BMW Vision iNEXT represents the BMW Group’s technology toolkit for the future in terms of electric mobility, automated driving and connectivity.

Finally, a concept with some real specs! The P7 from Chinese EV startup Xpeng will boast an all-electric, four-wheel drive powertrain capable of sending the “four-door coupe” (their words, not ours) to 62 mph in four seconds—a smidge faster than the newly resurrected Toyota Supra.

What’s really impressive  is that the P7 is promised to have a max range of over 370 miles, which is farther than that of any other electric car on the market today, according to Inside EVs.

That’s about as much as much as was revealed about the Lotus Type 130, which is set to be the first new vehicle from the Hethel, England-based automaker in over a decade. Despite the extraordinarily vague rendering that accompanied the news, Lotus said the Type 130 is in “advanced stages of development,” according to Bloomberg.

“It’s a statement of intent: Electric is part of the strategy going forward,” said Phil Popham, chief executive officer of Lotus. “For Lotus, it has to be all about the driving experience—and electric will drive the value of every car we make.”