“To punish and enslave.” 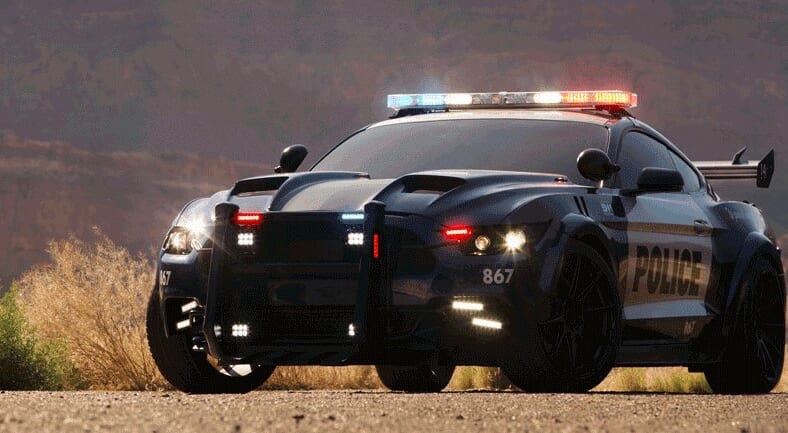 Duhamel was referring to his character’s defeat of an earlier Mustang police car, “Barricade,” last seen in Transformers: Dark of the Moon, the third movie in the live-blockbuster action series.

First appearing in 2007’s Transformers, Barricade was originally portrayed by a Saleen S281 Extreme Ford Mustang, which featured a police livery complete with parodies of police slogans like “To punish and enslave.” The Decepticon Mustang plays arch-rival to Bumblebee, an Autobot Chevrolet Camaro, for those of you keeping track.

Saleen is a tuner shop known for its long-running work with Fords and Mustangs. The company provided Transformers with an early version of its 2008 S281 Extreme, picture here. Transformers: The Last Knight hits theaters next year.