This Custom BMW Motorcycle Is a Sinister Sci-Fi Superbike

An “Alien”-inspired work of art. 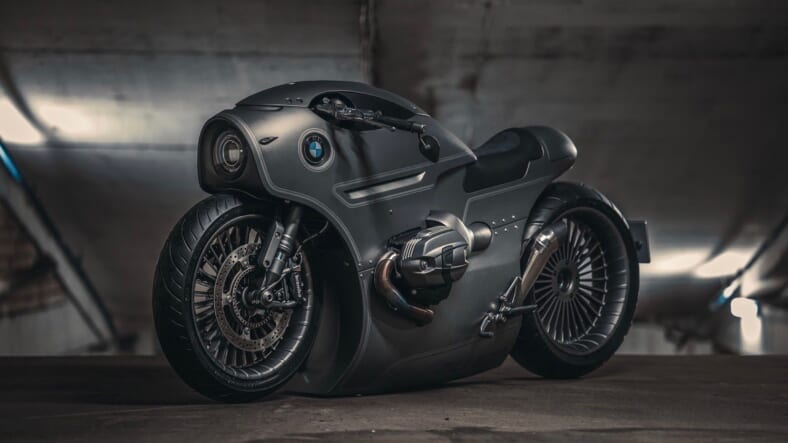 Mikhail Smolânovym of Moscow’s Zillers Garage has teamed up with John Red Design to transform a BMW R NineT into a menacing superbike that looks straight out of a sci-fi movie.

Uncrate notes that the bike is inspired by the distinctive work of H.R. Giger, the artist famed for creating malevolent space creatures in Alien. Aside from the bike’s obvious aesthetic appeal, all the mechanical components, except the stock 110-horsepower 1,1700cc boxer engine, are covered in aluminum fairings designed in CAD.

The suspension is lowered to the point that the new undercarriage virtually touches the ground, and DriveMag reports that there are extra remote control buttons that adjust the air suspension when it’s time to ride.

The exhaust system, the headlights, taillights, and dash were all custom built, the handlebars received curved mirrors that match the curved body, and a custom storage compartment with a USB charging port was added under the seat.

This killer custom creation was originally slated to be be shown at the Motovesna Motorcycle Show, but was instead revealed online. No word on whether it’s merely an unforgettable one-off or available to commission, but feel free to shoot them a message via Facebook or Instagram to find out.