Arnold Schwarzenegger Reveals the Workout Mistakes That Drive Him Crazy

“I’ve been seeing this stuff for 50 years because I was always a fanatic about doing the movement the right way.” 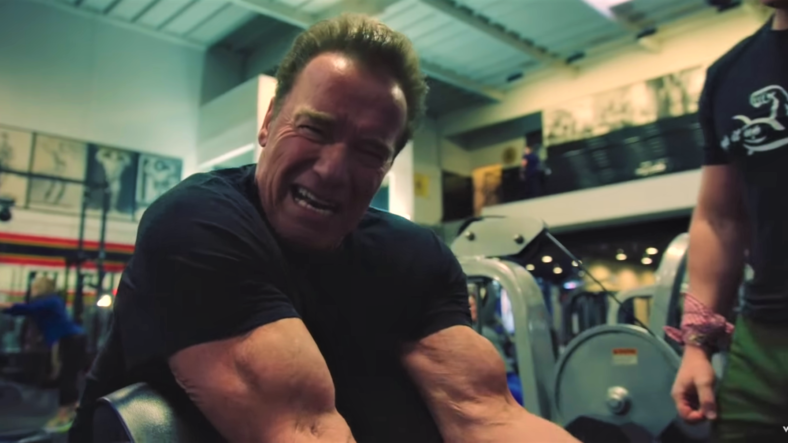 Arnold Schwarzenegger is back as the T-800 in Terminator: Dark Fate and he’s been back in the gym again, pretty much every day, as if being in his 70s is no big deal.

And the thing is, he still has opinions about how people use the gym, and it’s probably a good idea to listen when he describes what he dislikes.

The Austrian Oak revealed his big gym pet peeve in an interview he did with LadBible while promoting Dark Fate. If you really think about what he’s saying, it makes total sense. And if you look at the man’s career, it makes sense that seeing this kind of thing would really piss him off. From LadBible:

The 72-year-old actor is more than happy to tell LADbible about the annoying things other people do in the gym, offering this one for starters: “When they do half a rep, or when they do chin-ups and they just go half way up.“Or if they do a pull-down exercise or curls and they just sit there and do half a curl. You have to concentrate when you do everything.“You’ve got to feel the bicep, you’ve got to squeeze it and do it the right way because then that rep really has an effect, otherwise it doesn’t have any effect and therefore you’re wasting your time.

He wasn’t done there, of course. Schwarzenegger emphasized that it drives him “nuts” to see people half-assing in the gym. “I’ve been seeing this stuff for 50 years,” he told LadBible, “because I was always a fanatic about doing the movement the right way—don’t cheat on yourself, just do the exercise the right way.”

If you don’t, the Governator himself might just come over and give you a talking-to. He said that there are indeed times he feels “comfortable enough to walk over to someone and just say, ‘I think you would be better off if you did full reps and if you do them the proper way.'”

Who in their right minds would say, “Go away, old man?” No one.

So forget those half-reps. Use that full range of motion—especially if you see old Conan himself knocking out hammer curls ten feet away.