“If it was a nobody, they would put him in health and safety protocols.” 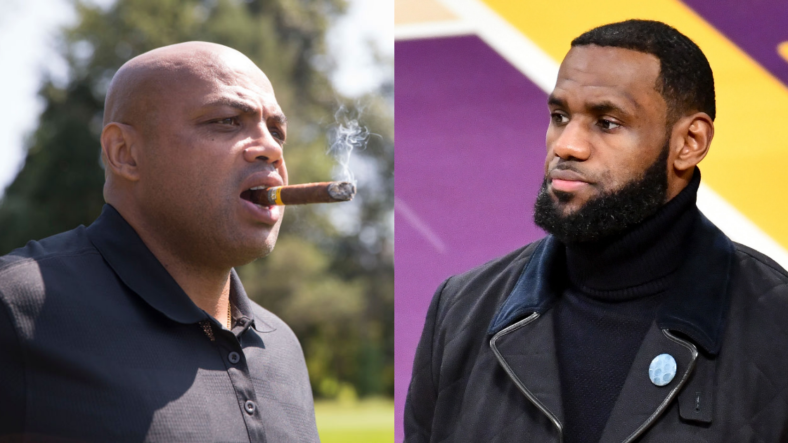 LeBron James is untouchable. That’s the gist of what Charles Barkley had to say when addressing a controversial decision by the NBA to not penalize the Lakers point guard for attending a tequila brand launch party with other celebs.

"Ain't no f***ing way LeBron James is going to be sit out because of health and safety protocols."

Prior to the Lakers game against the Golden State Warriors on May 19, James and high-profile guests including Drake and Creed star Michael B. Jordan participated in a photoshoot outdoors. It was the kind of thing sports stars do all the time, and ESPN notes that guests “had to produce proof of vaccination or a recent negative test result in order to attend.”

Still, the NBA stated that James did violate league protocols for health and safety.

Speaking to ESPN, a league spokesperson said that James violated “the agreed upon protocols, and, as we have in other comparable instances around the league, it has been addressed with the team.”

Players found to be in violation are supposedly subject to penalties including fines and suspensions. Repeat offenders could face worse. But King James is not any old NBA star. In a Yahoo Sports report, Charles Barkley — who would know — said “the NBA ain’t got the balls to suspend LeBron.”

Barkley went on to say, “If it was a nobody, they would put him in health and safety protocols.”

But “Ain’t no fuckin’ way LeBron James is gonna sit out in health and safety protocols,” Barkley concluded, “When I read that, I just started laughing.”

LeBron James — who hasn’t acknowledged getting vaccinated against the coronavirus but likely did get the shots — is probably laughing too. The NBA reportedly didn’t slap his hand because they were satisfied that everyone who attended the gathering was vaccinated, reducing the risk of COVID-19 spread to near-zero.

Still, Barkley’s right. With the playoffs in motion, the NBA knows it would risk blow-back of epic proportions by finding a reason to take the biggest name among its active players off the court.

The Lakers face the Phoenix Suns Sunday, May 23 at 3:30 PM ET. We’re pretty sure at this point that LeBron will be there.