Spence put in a dominating performance to remain undefeated. 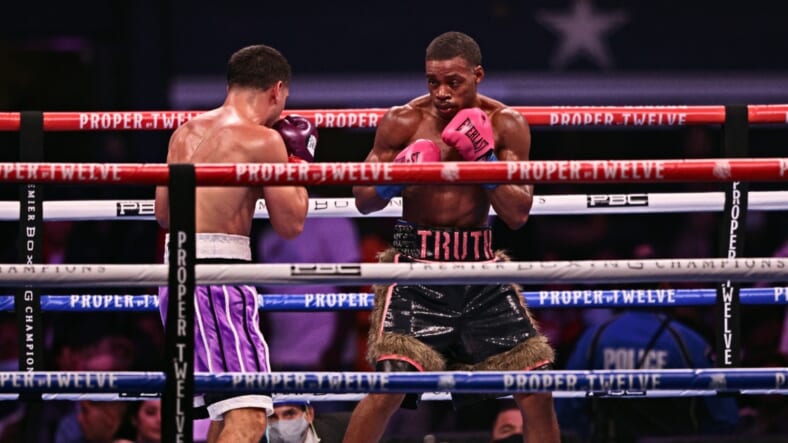 Welterweight Errol Spence Jr. is back as if he never went away. The undefeated 30-year-old 147-pounder went up against contender Danny Garcia at AT&T Stadium in Arlington, Texas Saturday and proved that he’d fully recovered from his terrifying car crash 14 months ago when he flipped his Ferrari and was ejected from the vehicle.

In his third straight headlining role atop a pay-per-view card, the 30-year-old Spence showed no signs of ill effect after flipping his Ferrari multiple times before being ejected from the vehicle last October. Despite an arrest for DWI, Spence survived the ordeal without any broken bones and might’ve produced the best performance of his career against Garcia (36-3, 21 KOs).

After the fight, Spence said he’d proven to himself that he is “the best 147-pounder in the world.”

He was respectful toward his opponent. “Danny Garcia pushed me to the limits,” Spence said, “especially in training. He’s a great champion and I knew I would be 100 percent ready. That’s why I chose him.”

Welcome back, @ErrolSpenceJr. Congratulations on your victory.

As to what’s next for Spence, at least one boxing site suggested he might go up against Manny Pacquiao. While that’s up in the air, Pacquiao made it a point to let Spence know he was watching with a congratulatory tweet, writing, “Welcome back, @ErrolSpenceJr. Congratulations on your victory.”