“My use over the past two decades has, in fact, been quite infrequent.” 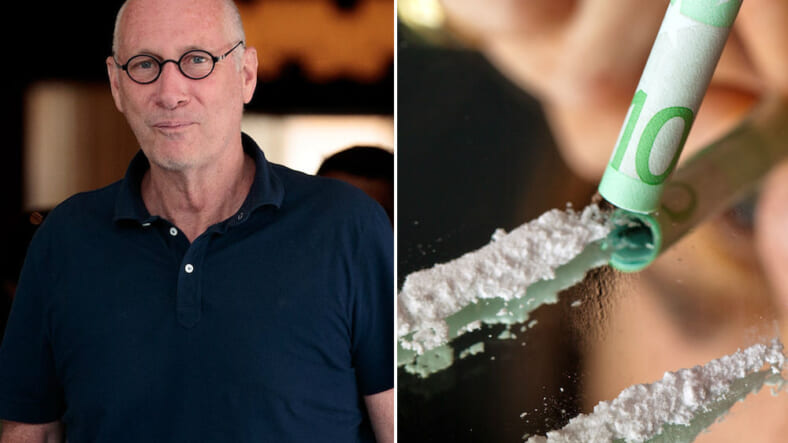 When former ESPN head John Skipper abruptly resigned last December, he said it was because of “substance addiction.”

“I have decided that the most important thing I can do right now is to take care of my problem,” he said in a statement. “I come to this public disclosure with embarrassment, trepidation and a feeling of having let others I care about down.”

Skipper didn’t reveal that substance in question at the time, but in a new interview with The Hollywood Reporter, he does. And he reveals a lot more too.

Skipper’s drug of choice was cocaine, he said in the interview, although he says he wasn’t using like Tony Montana.

At ESPN I did not use at work, nor with anyone at work, or with anyone I did business with. I never allowed it to interfere with my work, other than a missed plane and a few canceled morning appointments. I’ve never been a daily user. My use over the past two decades has, in fact, been quite infrequent. I judge that I did a very good job and that it did not get in the way of my work. I worked hard, I worked smart. I worked all the time.

Skipper goes to great pains to make it clear that he didn’t resign from ESPN because he was regularly coked out in morning meanings. Rather, he made a mistake a bought from the wrong dealer, who later tried to make him pay for his bad decisions.

They threatened me, and I understood immediately that threat put me and my family at risk, and this exposure would put my professional life at risk as well. I foreclosed that possibility by disclosing the details to my family, and then when I discussed it with Bob, he and I agreed that I had placed the company in an untenable position and as a result, I should resign.

Turns out, hardcore drug use and running a huge company don’t mix well. Skipper should have left the drug use to the athletes his network covered, such as Odell Beckham Jr. The Giants wide out was recently caught on tape with a blunt, a pepperoni pizza and a few lines of blow.

Unlike Skipper, OBJ is still gainfully employed, but some of his allies are starting to turn on him. Hall of Famer Cris Carter, who emerged as something of a mentor to OBJ last season, has called on the 25-year-old to stop his childish antics.

“I’m so disappointed and I expect better from him. It’s enough with the excuses. Time for you to grow up and stop being a little boy,” Carter said.

"I'm so disappointed & I expect better from him…If you want someone to pay you as the highest-paid receiver in the history of the game, damn act like it."@criscarter80 reacts to Odell Beckham Jr.'s viral video pic.twitter.com/40RVwf0pqq