“A lot of shots were illegal.” 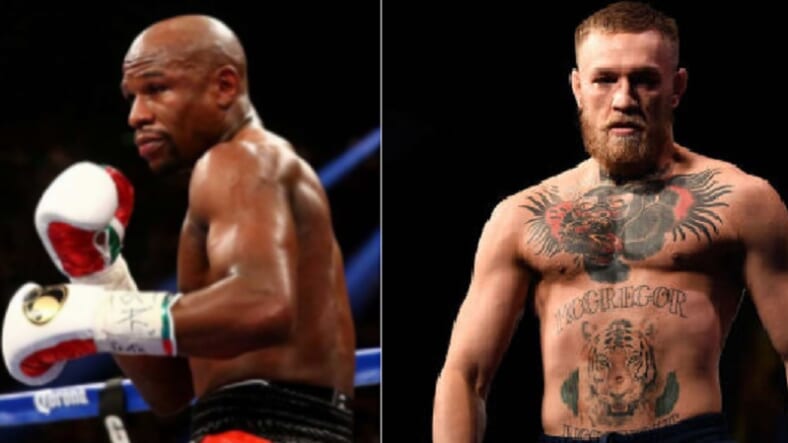 There’s no doubt that Floyd Mayweather would lose to Conor McGregor if their upcoming match was verbal. The Irish UFC champ has an uncommon way with words.

Mayweather has his ways of needling McGregor, though, and they seem sly engineered to get under the MMA star’s skin. In a media call reported on by BroBible, Mayweather commented on video of the McGregor sparring with Paulie Malignaggi.

For all the people who think @TheNotoriousMMA can't box. This is gonna be a FIGHT! Conor vs Paulie Malignaggi former IBF/WBA World Champion. pic.twitter.com/CcTkFq0fhr

Mayweather said that many of McGregor’s “shots were illegal” according to boxing rules.

“Lots of grappling and illegal punching behind the head,” were examples the boxer mentioned. “My job,” he concluded, “is not to worry about the referee but to let the referee do his job.”

As BroBible mentioned, McGregor will need to understand the rules he’s agreed to for the match, or he could lose a ton of money for his trouble.

As far as the McGregor-Malignaggi sparring video is concerned: Joe Rogan had some things to say about it. In the video above he gives his take on McGregor’s style and he seems to think McGregor could actually do some real damage to Mayweather—if he sticks to boxing rules.

People can war game the approaching match all they want. All that really matters is what happens when the bell rings in Vegas on August 26th.