Mayweather last entered the ring in 2018, when he beat Japanese kickboxer Tenshin Nasukawa in the first round of an exhibition match. 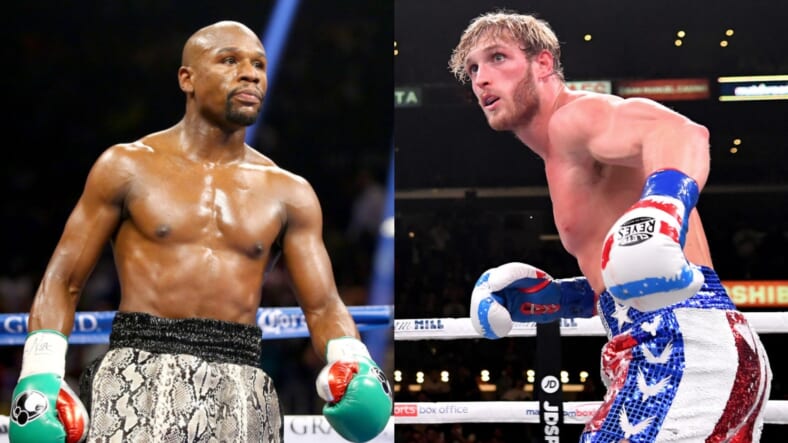 Like it or not, undefeated former welterweight boxing king Floyd Mayweather is fighting Youtuber-turned-fighter Logan Paul on Sunday, June 6  at Hard Rock Stadium in Miami. The exhibition bout will be televised via Showtime pay-per-view.

The June 6 date is a day later than the previously reported June 5 date. The delay means the exhibition fight will no longer directly compete with what will surely be a more competitive lightweight title bout between Teofimo Lopez and George Kambosos Jr. scheduled for June 5.

Among the fights on the undercard will be a rematch between Badou Jack and Jean Pascal, per Sports Illustrated’s Chris Mannix. Pascal defeated Jack, a former WBC super-middleweight title holder, via split decision in Dec. 2019.

The Mayweather-Paul fight had been initially scheduled for Feb. 20, but was postponed indefinitely. Under the previously reported terms of the fight, Mayweather will be required to weigh in under 160 pounds, while Paul can come in under 190 pounds.

Considered one of the greatest boxers of all time, Mayweather’s last non-exhibition professional bout was a 10th round TKO of UFC star Conor McGregor in 2017, which improved his historic career record to 50-0.

But given the impressive pay-per-view success of Paul/Askren, there’s no reason to believe that Mayweather versus Logan Paul can’t also rake in some serious cash.