Here’s how to nail that perfect shot. 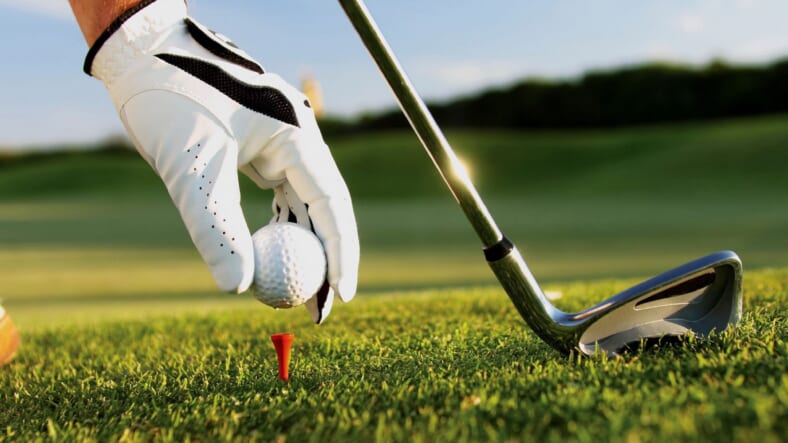 Never mind aiming directly at your intended target next time you take a swing on the golf green.

Instead, focus on the so-called “intermediary target”–a spot a few inches in front of their ball near their actual target–for best results.

At least that’s the takeaway from a new study conducted by Dr. Bob Christina, an Emeritus Professor of Kinesiology at the University of North Carolina at Greensboro, and Eric Alpenfels, a GOLF Top 100 instructor.

The study found that golfers improve their game when they don’t aim directly at their target. Instead, they should aim at that closer intermediary target for more accuracy overall.

For the study, 29 golfers of varying skill levels were asked to hit six shots in three ways:

First, by aiming while looking at the distant target – the flag, for example.

Next, by aiming while looking at an intermediary target, such as a spot on the ground about a yard in front of the ball.

And lastly, by aiming while looking at the distant target and the intermediary target.

The results revealed that when the golfers weren’t thinking about the distant target and only the intermediary target, they hit the ball straighter and just as far, and their accuracy improved significantly as well as their Smash Factor, which is a metric used to measure the quality of strike.

To elaborate, here are the numbers for each of the three trials:

GOLF explains the reason behind this:

Why? Because when a golfer looks at where they want to hit their ball, they don’t just see the green.

They see the water, the bunkers, the trees — all the places they don’t want to hit their ball.

That subconscious fear forces your mind into making last-minute overcompensations, the study found, which hurts golfers’ distance and accuracy.

With that said, in order to improve your accuracy in golf, forget about where you want to hit the ball.

Just focus on the spot in front of the ball, and the rest will take care of itself.