“I certainly respect his career, but I will be sending Tyron into a permanent siesta on August 28.” 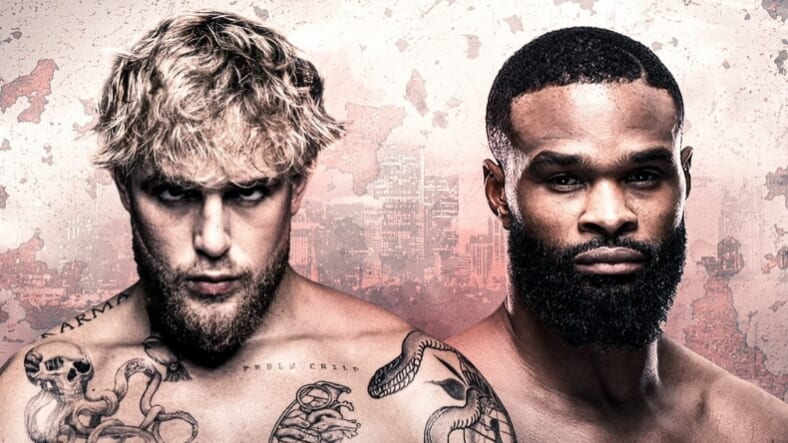 “I have a list of people I plan on shutting up with my fists,” Paul said in a statement provided to ESPN.

“And as I enter my fourth pro fight, I am excited to knock the first one off the list by challenging myself against a five-time UFC champion known for his knockout power.”

“Tyron’s a seasoned striker who has fought the best in the world. I certainly respect his career, but I will be sending Tyron into a permanent siesta on August 28.”

Dear, @TWooodley thanks for being the second MMA fighter on my hit list.

August 28th the 5x UFC champion is getting knocked out by a Disney actor. pic.twitter.com/MHhMMp9EGl

This will be Paul’s fourth pro boxing match and second against a former UFC fighter. He previously knocked out Ben Askren, who is Woodley’s longtime friend and training partner, in the first round of a mega-hyped Triller promotion that raked in impressive PPV buys.

Paul vs. Woodley will likely also be a massive hit, but it will undoubtedly be the toughest test yet for the 24-year-old Paul. As ESPN notes, Woodley first won the UFC’s welterweight belt in 2016, and successfully defended it four times.

Woodley, a 39-year-old striking specialist, was once considered the best 170-pounder on the planet. However, he lost his last four UFC fights to end up with a 19-7-1 record in the MMA promotion.

“Basically, they brought me in to take out the trash. I can’t wait to shut this bitch up. This is getting done for the culture, the whole MMA community and boxing community, to rid this guy of combat sports.”

According to Paul adviser and CEO of BAVAFA Sports Nakisa Bidarian, the two combatants will face off in person for the first time on Thursday in Miami, days before Paul’s older brother Logan takes on Floyd Mayweather on June 6.

“Mike Tyson’s fourth opponent was 1-0 and ended his career at 2-23. Jake is taking on a decorated MMA champion, known for his knockout power. And please remember it is mixed martial arts, which if you go on the UFC website and look at their intro-to-MMA, boxing is the first martial art listed,” Bidarian told ESPN.

“Tyron Woodley has been training boxing for much longer than Jake has. This fight is going to be fireworks. Thank you Showtime for believing in our vision and partnering with Jake to do this.”