LeBron James Joins 30,000-Point Club, But Where Does He Rank Among the All-Time Greats? 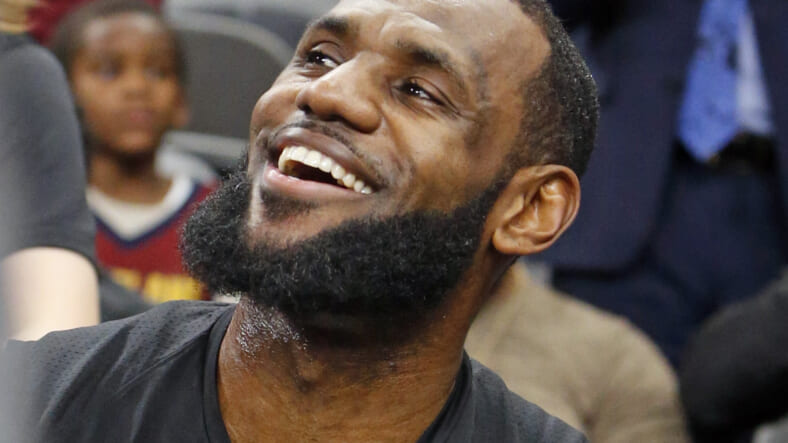 At 33 years and 24 days old, LeBron James on Tuesday became the youngest NBA player to eclipse the 30,000 career point mark. The pivotal play came with 1.1 seconds left in the first quarter of a game against the Spurs. James pulled up from just inside the three point line and buried a jumper, allowing him entrance into an exclusive club.

James is now the seventh member of the 30,000-point club, a group that includes some of the greatest players to ever lace up sneakers. Among them are four Naismith Basketball Hall of Famers, one Black Mamba and one active player who is still adding to his ridiculous point total.

That list is a pretty good approximation of the greatest NBA players of all-time, but it’s not perfect. For one, it emphasizes longevity. Kareem, Kobe and Dirk all spent 20 years in the NBA, while MJ and Wilt were in the league for 15 and 16 years, respectively. Give them each another handful of healthy seasons and they’re easily atop this leaderboard.

And as great as Karl Malone was, no one would argue that he was better than Magic Johnson, Tim Duncan or Larry Bird, even if they never hit 30,000 points.

But back to LeBron, who is inarguably one of the top five NBA players of all-time, even though he’s still playing. Most people would put LeBron at number two on an all-time greats list, only behind Jordan. Lakers fans might slip Kareem in there above LeBron and old filks like to put Wilt up there too.

But it doesn’t really matter where people rank LeBron today, because his latest achievement only proves once again that when he retires, he’ll be the indisputable GOAT.

As it stands, he’d break Kareem’s record in four more seasons if he can keep up his 27.1 career points-per-game. But even if that drops to 22 points per game, he’d break the record in five years.

But greatness in the NBA isn’t just about scoring. It’s also about winning, which LeBron has already done plenty of, with three NBA titles and four NBA MVPs. Jordan stans will remind you that the Bulls legends has more of each of those, but they won’t mention that LeBron is the better all-around player and the more efficient scorer.

More than anything though, ascending to the top of this hypothetical mountain is about time. Once the kids who grew up watching LeBron become adults, the conversation will shift away from whether he can ever be considered greater than Jordan to why people didn’t sooner realize that he was.

This is the way it always works in sports. In 1995, Jordan wasn’t the undisputed greatest of all-time. But with time comes perspective, and in time, people will see that LeBron is the true GOAT.