LeBron James: Winning 2016 NBA Title ‘Made Me the Greatest Player of All Time’

Do you agree with The King’s claim? 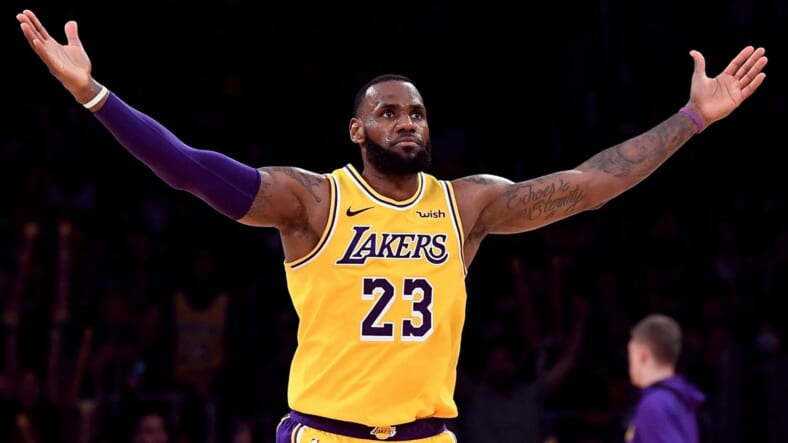 Many call LeBron James The King, but is he the GOAT?

According to the man himself, the answer is yes. In a new clip from episode 7 of ESPN’s “More Than An Athlete,” series, James reflected on how his part in bringing the first NBA title to Cleveland in 2016 made him the best baller the game has ever seen.

“That one right there made me the greatest player of all time,” he told friends and business partners Maverick Carter, Randy Mims and Rich Paul.

“That’s what I felt. I was super, super ecstatic to win won for Cleveland because of the 52-year drought. The first wave of emotion, when everyone saw me crying, that was 52 years of sports and everything that’s gone on in Cleveland.”

“And then after I stopped, I was like—that one right there made you the greatest player of all time.”

What @kingjames considers being the GOAT 🐐 ⁣
⁣
New episode of More Than An Athlete out on @espn+. pic.twitter.com/7XSQ2GpOVo

The player deserving of the GOAT title is a hotly contested issue. If not James, many fans believe it should belong to Michael Jordan. Another ESPN docuseries titled The Last Dance delves into Jordan’s epic 1997-98 season with the Chicago Bulls and is slated to premiere in 2020.

ESPN has further details on their career accomplishments:

Jordan won six NBA titles to three for James. Jordan won five MVP awards, and James has won four. Both are 14-time All-Stars (James is likely to make it 15 this year), while James has made the All-NBA team 14 times to 11 for Jordan (James, who joined the Los Angeles Lakers this year, is in his 16th season; Jordan played 15).

Having just turned 34, the Lakers superstar certainly has more in the tank. Here’s how Twitter is reacting to James’ claim:

Glad he finally admitted it. Tbh I was getting sick of him being polite to grandpa mike.

This man is on some of the finest drugs the world has never seen . Imagine trying to manipulate the world after purchasing some bots online to convince people he’s the goat . Kyrie is just as responsible for that ring . Greats & Goats don’t have to sell this narrative. Disgusting