LeBron James Is Named Sportsperson of the Year

It’s good to be the King. 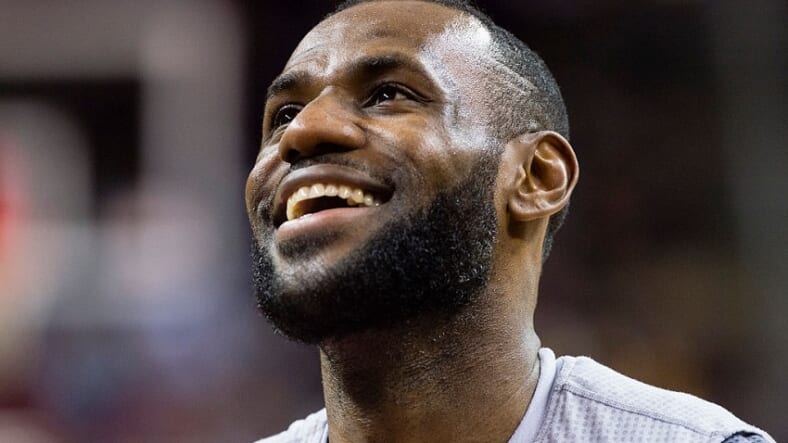 NBA superstar LeBron James recently had to finally pay up on a bet he lost when the Chicago Cubs won the World Series by publicly wearing Cubs gear. No fun at all for the Cleveland Cavaliers small forward, sure, but as usual, seems like things even out for LeBron—Sports Illustrated just named him their 2016 Sportsperson of the Year.

With a galaxy of star athletes to choose from it might be easy to quibble with the choice, but in an in-depth profile of the 6’8″ athlete, SI makes the case for King James’s selection pretty well, citing in part the Cavaliers’ remarkable season:

LeBron James is SI’s 2016 Sportsman of the Year because of those three [championship] games in June. Considering the opponent, the deficit and the stakes—for himself and his region, eternally entwined—it is hard to find a more prodigious championship performance in sports history, much less basketball history. Afterward, as the Cavaliers flew from the Bay Area to Las Vegas for their victory party, James approached [Cavs coach Tyronn] Lue on the plane and thanked him for the final push. “I needed it,” he said.

Noting that where stats were concerned, James didn’t have a superlative season, SI makes the point that being the best isn’t all about a player’s numbers. They used a statistician, Wayne Winston, to further support the selection.

James’s greatness has to be measured, Winston told SI, by “what he does for his team.”

…Winston designed the famed Lineup Calculator for the Mavericks in 2000 to gauge the effect players have on each other. Plug James into the calculator for ’15–16 and he nearly breaks it. “A great player is worth nine to 10 points for his team per 48 minutes,” Winston says. “In other words, if he played an entire game with four average players against five average players, his team would win by nine to 10 points. Last season, LeBron was worth 19.4 points per 48 minutes, the best year of his career.”

The magazine goes on to cite a number of other compelling reasons to honor James, including the remarkable philanthropic work he does for children in Cleveland and elsewhere.

All in all, while there are notable athletes in every sport making big splashes in the public consciousness, Sports Illustrated doesn’t really need to do a hard sell on selecting James for this honor. He really is still the King.