As He Gets Older, LeBron James Plans to Model His Game After MJ And Kobe

Will this give the Lakers any chance against the Warriors? 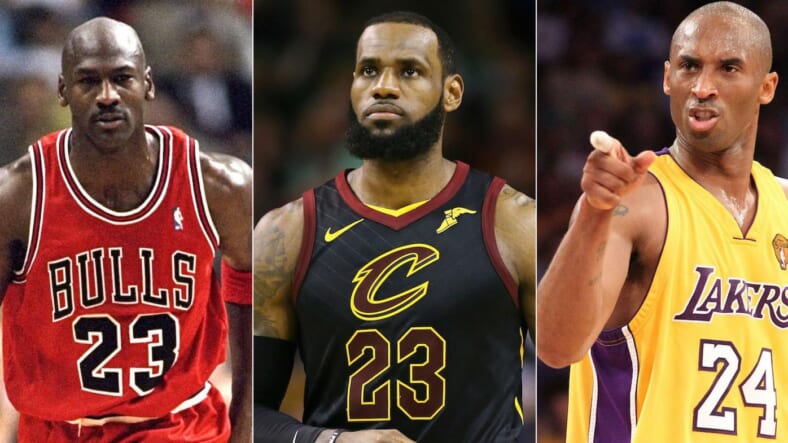 Amid all the excitement surrounding LeBron James and his move to Los Angeles, a handful of questions are still lingering around the Lakers.

The most pressing is which co-stars they’ll land to play with LeBron. So far, the Lakers have signed a raft of veteran role players, but most expect them to add someone better. Kawhi Leonard, perhaps?

The bigger question though, and one we won’t know the answer to for years, is how LeBron will play in L.A. It’s worth noting that, even though he’s the greatest player on the planet, LeBron is getting older. As players get older they often have to change their games as their bodies break down. And even LeBron, the most superhuman NBA player of all time, will presumably break down at some point.

It turns out, LeBron has been thinking about this. And the Lakers’ signing good, but not great players such as Rajon Rondo and Lance Stephenson is all a part of his grand plan.

ESPN reports that LeBron plans to change his game as he ages into his mid- and then late-30s. Rather than serving as his team’s primary ball-handler and play maker, as he did in Cleveland, he wants to move down to the post. It’s an evolution he’s modeling after Kobe Bryant and Michael Jordan.

Adding players like Rondo and Stephenson to the Lakers seems to fly in the face of conventional wisdom, which suggests that LeBron should be surrounded by shooters who can spread the floor and give him more room to operate.

But in Cleveland, especially after the departure of Kyrie Irving, that led to many key moments when LeBron was the only player on the floor who could create. With veterans like Rondo and Stephenson and young guns, including Lonzo Ball, Brandon Ingrham and Kyle Kuzma, the dynamic will be different in L.A.

It remains to be seen if LeBron will be able to change his habits and with them, his game. Seems a safe bet though. Because if there’s one thing NBA fans have learned by now, it’s not to doubt the greatest NBA player ever.