He may be 35 years younger than His Airness, but this kid is crazy. 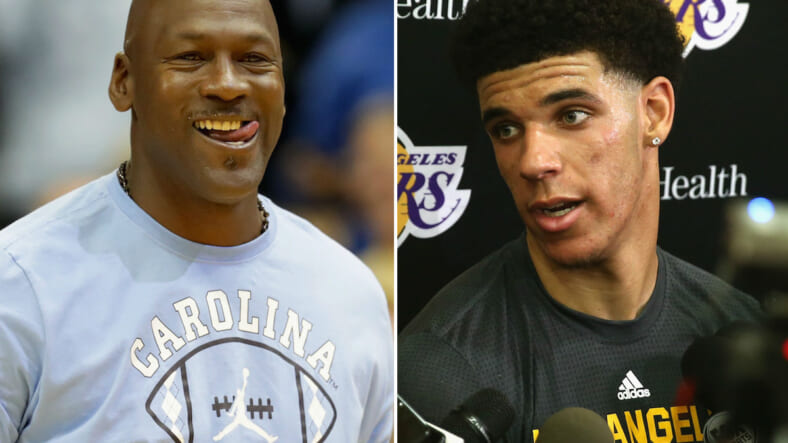 Lonzo Ball, the former UCLA star and projected top NBA draft pick, was a guest on Jimmy Kimmel Live! last night. Like a pesky skin tag on Lonzo’s inner thigh, his dad Lavar was there too.

Lavar, who has gotten more attention for his mouth than anyone since Monica Lewinsky, has previously said he could beat Michael Jordan in a game of one-on-one when they both in their primes. He first made the outrageous claim in March, and recently doubled down in an interview with ESPN.

Ball maintains Jordan would only score two points if they played one-on-one, saying the score would be “13-2, he got two — and only reason I give him two is cause he’s Jordan. He’s too little, too little to guard me.”

Kimmel posed the question to Lonzo last night, with a slight change. Could he beat MJ today? With his father over his shoulder, the 19-year-old proved that the apple doesn’t fall far from the tree.

Lavar doubled down. “He’ll beat anybody 50 years old,” he said.

In other Ball news, Lonzo proved that his dad might be an overbearing lunatic but at least he can take a joke. At least, we’re assuming he can. Otherwise, there’s no way the kid would have cut this commercial with Foot Locker, which has some other NBA prospects fondly sharing memories of their fathers and Ball not-so-fondly sharing memories of his.