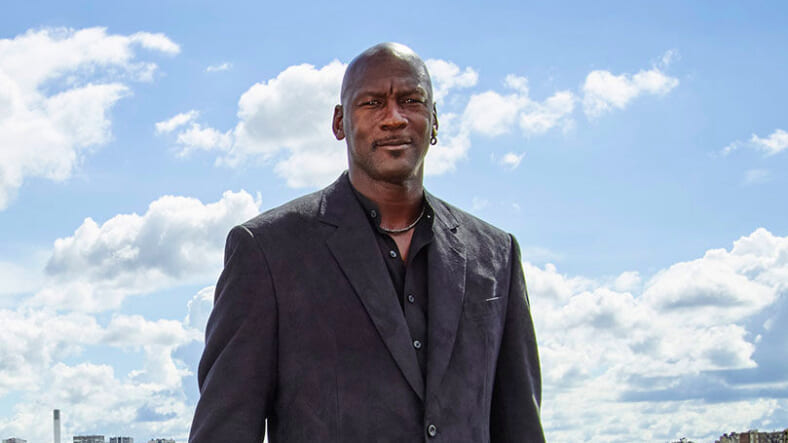 Michael Jordan mastered basketball, gave baseball a shot, and now he’s into fishing, big-time. On the second day of the 62nd annual Morehead, North Carolina Big Rock Blue Marlin Tournament, Jordan and his crew on the $80 million Catch 23 (get it?) caught a 442.3-pound marlin.

MJ was all smiles when his crew brought in the huge blue marlin on Tuesday … which is good enough to put them in 5th place for the heaviest marlin (the first place boat reeled in a 494.2-lb fish!!!)Remember, MJ’s Catch 23 ride is a beaut — it’s even got the signature elephant print from his Jordan 3’s on the back.

Okay, so in a fishing tournament, 442 pounds and change was just enough for 5th place, not the runaway champ.

Still, the first place winner was never going to get more than a nod, because this is His Airness. TMZ says the “crowd went wild” when the Catch 23 docked, and Jordan waded into the gathered fans and signed autographs.

It’s easy to imagine he’ll be like Captain Ahab stalking Moby Dick on a superyacht looking for a winning 1,000-lb marlin until the Big Rock Blue Marlin Tournament is over on June 13th.