“I see and feel everyone’s pain, outrage and frustration.” 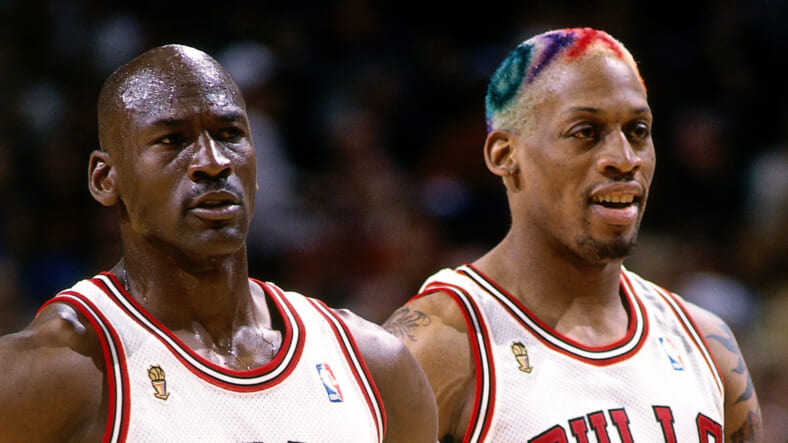 Former Bulls teammates Michael Jordan and Dennis Rodman have joined numerous athletes and celebrities in speaking out against police brutality, as protest and riots continue to rage across the U.S. in the wake of the death of George Floyd.

“I am deeply saddened, truly pained and plain angry. I see and feel everyone’s pain, outrage and frustration,” Jordan said in a statement on Sunday. “I stand with those who are calling out the ingrained racism and violence toward people of color in our country. We have had enough.”

“I don’t have the answers, but our collective voices show strength and the inability to be divided by others,” the NBA GOAT continued. “We must listen to each other, show compassion and empathy and never turn our backs on senseless brutality.”

“We need to continue peaceful expressions against injustice and demand accountability. Our unified voice needs to put pressure on our leaders to change our laws, or else we need to use our vote to create systematic change. Every one of us needs to be part of the solution, and we must work together to ensure justice for all.”

Jordan, who was recently the subject of ESPN’s hit The Last Dance docuseries, mourned the death of Floyd, 46, a black man who died in Minneapolis after a white police officer, Derek Chauvin, pressed his knee into Floyd’s neck after Floyd was suspected of using a counterfeit $20 bill.

Chauvin has been charged with third-degree murder and second-degree manslaughter. He was also fired by the Minneapolis police department, along with three other officers present at the scene.

Jordan, who was repeatedly criticized for avoiding social issues during his legendary NBA career, previously took a stand against police violence in 2016, writing, “I can no longer stay silent” in a piece for The Undefeated website, reports the New York Post.

“I think someone needs to come out and say, ‘Hey, guys, Why are we looting?'” Rodman said in the video, “Why are we stealing? Why are we creating more issues, more problems?”

“This is a bad, bad situation,” Rodman admitted, “But the fact that you’re gonna protest, protest in the right way. You don’t have to go and burn down things, steal things, burn things, and stuff like that.”