“My mentality was to go out and win. At any cost.” 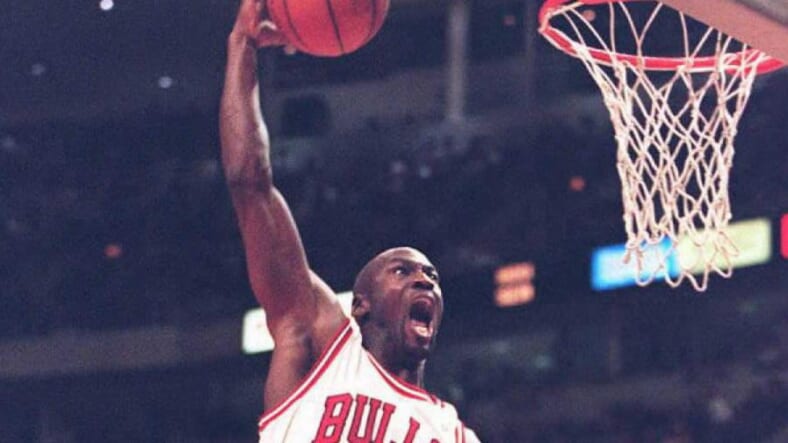 "The Last Dance," a 10-part documentary series will chronicle Michael Jordan and the 1990s Chicago Bulls, one of the greatest icons and most successful dynasties in sports history, will debut on ESPN in 2020. pic.twitter.com/B72ljh5GbE

ESPN’s 10-part docuseries The Last Dance is set to be a deep dive into Michael Jordan‘s 1997-98 season with the Chicago Bulls, utilizing film from a crew that tagged along with the team that season as well as sit-down interviews with team members and coaching staff.

If the new trailer posted on Christmas Day is any indication, it’s a rare look inside a ferociously competitive and legendary team led by the most fierce competitor of all at the top of his game.

By that season Jordan was already inches from sealing his title as the GOAT. Across eight seasons he’d won six titles alongside a crew of fellow superstars with personalities as different as their playing styles.

In this brief preview a core part of Jordan’s makeup is on display. “My mentality was to go out and win. At any cost.”

Quick cuts of the team traveling between games, practicing, and on the court back this up. It’s also clear that in the end Jordan was indeed addicted to competing and anyone was fair game, including his teammates: “I’m gonna ridicule you until you get on the same level with me.”

The Last Dance was originally slated to run in 2019. It’s been pushed to the summer of 2020, when it will first air on ESPN, followed by streaming on Netflix later that fall.