Michael Jordan Says Kobe Bryant ‘Stole All My Moves’, And Weighs in On Kobe Vs. Lebron Debate 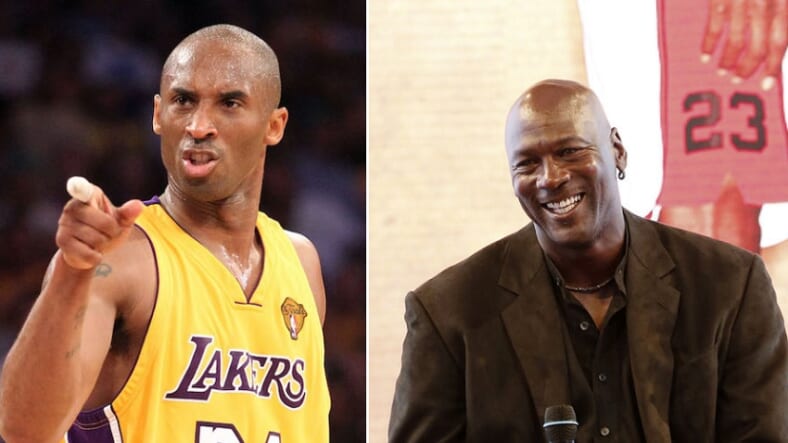 One thing about being the old school G.O.A.T.—you can say whatever the hell you please. At least that’s the case with Michael Jordan. It turns out that in a recent Q & A with participants in his Michael Jordan Flight School Camp, Jordan didn’t hesitate to voice some blunt opinions about current players.

Many of Jordan’s statements in the above video from Bay Area HQ are fascinating, but he made it really interesting in addressing the question as to who is better between contemporary NBA superstars: LeBron James, or Kobe Bryant?

“See,” continued the 54-year-old hall of famer, “I think I’m better than Kobe. He stole all my moves, I never took any of his moves.”

This isn’t necessarily new smack talk from the epically competitive Jordan. He’s proven more than once that he’s okay with being petty when he feels like it—his Hall of Fame entrance speech, in fact, was a great example of that.

Jordan also said he believes he could still handle a pro game—but only one. “I got a lot of aches and pains that I don’t show…” he said, “One game maybe, but not every night.”

So age and injury can even get to his Airness.

His ego, however, is still invulnerable.