The GOAT loved to torch opponents with both his shot and his mouth. 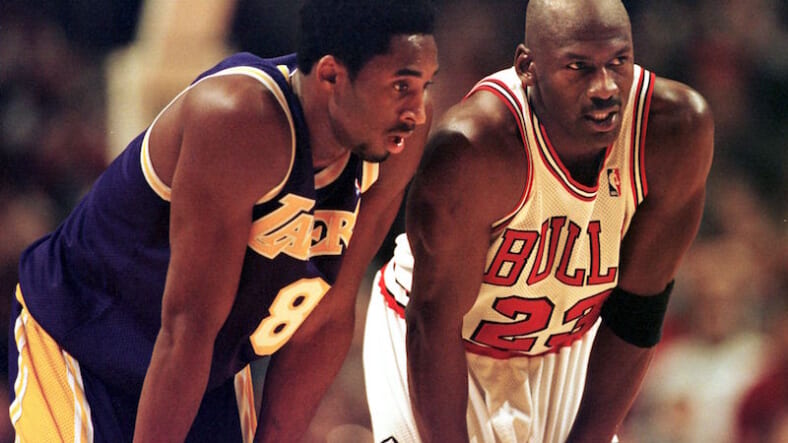 But today, on his 55th birthday, we make the case that Jordan was as lethal with an insult as he was with his jumper. Here are 10 of our favorite stories of Jordan talking trash.

“On the biggest possession of the game, Muggsy had the ball with the Hornets down one. Jordan backed off of him and told him, ‘Shoot it you fucking midget.’ Muggsy shot it, and didn’t come close.” — Former Bulls assistant coach Johnny Bach

‘You’re a loser! You’ve always been a loser!’ — Jordan to Rodney McCray

The time he shut down a team owner

“He big enough for you?”— Jordan to Jazz owner Larry Miller after dunking on 7’1” Mel Turpin. Miller had just made fu Jordan for dunking on the tiny John Stockton.

.@Keegan_Bradley Last time I looked, you were wearing MY shoes. You don't see me wearing Air Keegans…

“Be careful. You never talk to Black Jesus like that.” — Jordan to Miller after putting 40 points on him in a single half