Michael Jordan Is the Greatest Basketball Player of All Time, According to New Survey

Sorry, LeBron, but it wasn’t even close… 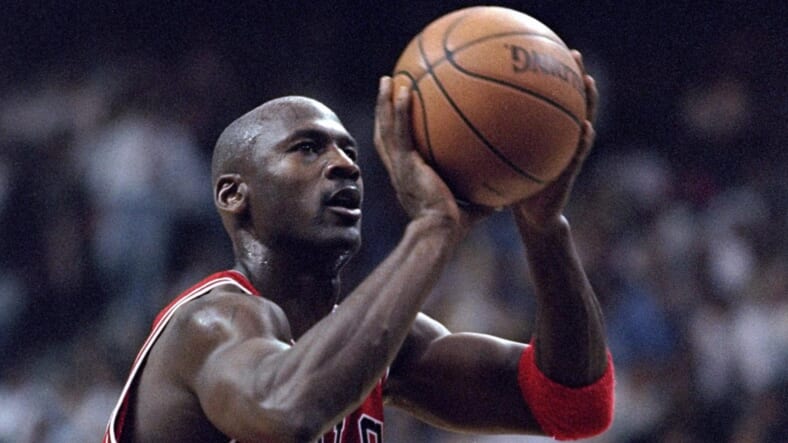 Who is the greatest baller of them all?

The fiery debate that’s divided basketball fans for years just got doused with more fuel courtesy of a new survey conducted by Business Insider…and Michael Jordan won by a landslide.

Of 1,082 respondents polled via SurveyMonkey, 747 offered to name an NBA player as the greatest of all time. A whopping 66 percent picked His Airness.

LeBron James, who recently proclaimed that his part in leading the Cleveland Cavaliers to their first-ever NBA title  earned him the title, came in a very distant second with just 10.4 percent of the GOAT picks.

What @kingjames considers being the GOAT 🐐 ⁣
⁣
New episode of More Than An Athlete out on @espn+. pic.twitter.com/7XSQ2GpOVo

Check out the full breakdown below:

James’ lack of votes may surprise some, as he recently surpassed Jordan to take fourth place on the NBA’s all-time scoring list.

The results may have something to do with voters’ ages.

..of the respondents who picked Jordan, 74% were between the ages of 30 and 44, and 69% were between 45 and 60.Comparatively, James polled best in the 18 to 29 age group, receiving 20% of his votes from respondents in that age category. Just 6% of his votes came from people ages 45 to 60 and 60-plus.The data would suggest that younger, more-engaged NBA fans lean toward James, as he’s still playing. Older generations who watched Jordan play and tune in less today lean toward Jordan.