This would be a match made in Hell. 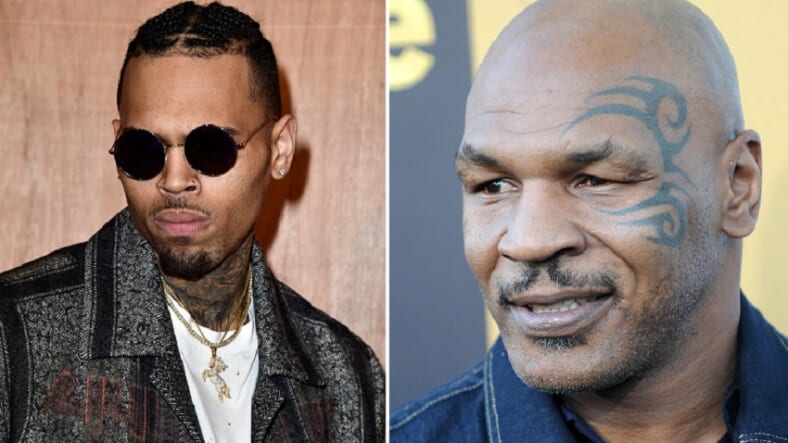 It’s hard to figure out if the Soulja Boy vs. Chris Brown beef is growing more amazing or more appalling now that Mike Tyson has apparently joined the fight.

The story so far: Soulja Boy, finally running on fumes from all the attention he received when his “Crank That” exploded the charts a decade ago, left a seemingly flirty comment on an Instagram photo of Karreueche Tran, who used to date Chris Brown.

Gonna miss you Kingston ❤️ Until next time ✌🏽️

The feud was on then, because sure, why not? Along the way Soulja Boy was mugged while live on Instagram, then Chris Brown suggested a celebrity boxing match was in order.

Floyd Mayweather subsequently signed on to train Soulja Boy and he pushed for the fight to be broadcast on pay-per-view.

50 Cent stepped in, because sure, why not? Mr. Cent, aka Fiddy, smelled a winner for Chris Brown. He decided to up the ante, too, by pulling Mike Tyson into the fray. Watch 50’s video of his phone conversation with Iron Mike below.

More breaking News : Watch me work, I got Iron mike on the line. #thefightstillon

As far as Tyson is concerned, Soulja Boy is going to get “fucked up” if he faces Chris Brown in the ring, no matter who Soulja has in his corner.

Just looking at the apparent size disparity alone, Soulja Boy truly could be in trouble. Then there’s the aggression factor — Chris Brown has proven on multiple occasions that he’s got, to say the least, serious anger issues.

The match, if it even happens, would give any profits to charity, so that’s a good thing. We’re staying team Mayweather-Soulja Boy, even if eyeballing the situation tells us Mike Tyson may have a point.