“There’s so many people out there that we can do so much for, and it wouldn’t even be a 10th of their charitable heart to do something like that.” 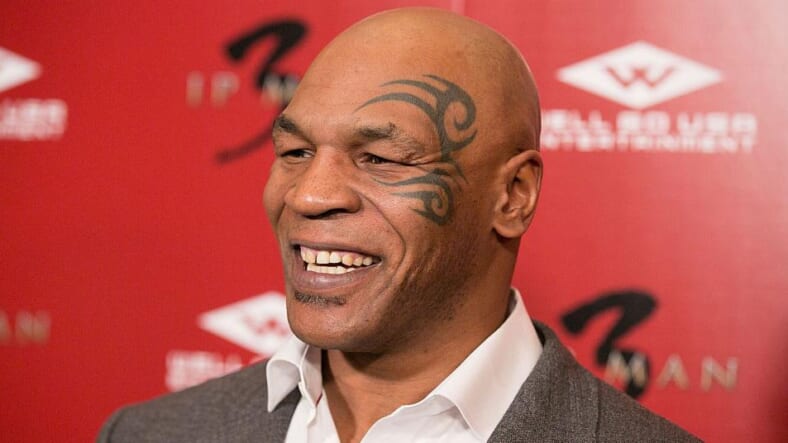 Tyson is making his return to the ring versus 51-year-old Roy Jones Jr. in an eight round exhibition bout Nov. 28 at the Staples Center in Los Angeles. In an interview hyping the fight, Tyson (somewhat improbably) suggested he could later fight the division’s current biggest names in exhibition fights to raise money for charity.

Mike Tyson says he would be open to fighting Fury, Joshua and Wilder in charity exhibitions 😯 #TysonJones pic.twitter.com/s0AsTAwdx7

“There’s so many people out there that we can do so much for, and it wouldn’t even be a 10th of their charitable heart to do something like that. In fact, fight exhibitions with me, and most of our charity would go to people who desperately need it.”

His next fight is billed as an exhibition bout, and it looks like any future bouts would also be exhibitions.  “I want you to label them as exhibitions because there’s no hard feelings,” Tyson explained.

“It has a charity exponent and I look at that as bigger than me. ‘Buying a new car, a new girlfriend, a new mansion, a new plane’… that doesn’t do it for me anymore. It just doesn’t work.”

But don’t expect Tyson/Jones to produce the kind of fistic fireworks Tyson was known for during his championship reign.

The California State Athletic Commission has reportedly said the bout will be limited to “hard sparring” and that it will not officially score the bout or announce a winner, leading Tyson pal and UFC boss Dana White to scoff at the exhibition rules at the UFC 255 post-fight press conference. Check out the video below.

For more on Tyson versus today’s biggest heavyweights, read up on his surprising response to former heavyweight title holder Wilder’s claim that he would have knocked out a young Tyson in his prime.