What should they do? 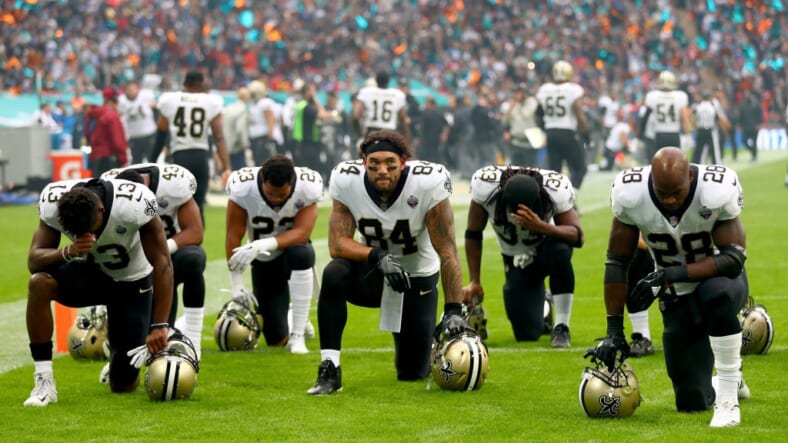 On Friday the 13th the NFL made its official position on NFL player protests perfectly clear, at least for now. The league will not issue any kind of rules that require players stand for the national anthem.

League officials will, however, suggest potential solutions to the controversy to team owners at a meeting in New York next week.

Reuters (via the New York Post) reports that NFL commissioner Roger Goodell has a plan.

NFL spokesperson Joe Lockhart reportedly told members of the media that Goodell will present to owners a plan on “how to use our platform to both raise awareness and make progress on issues of social justice and equality in this country.”

“What we don’t have,” Lockhart continued, “is a proposal that changes our policy, we don’t have something that mandates anything. That’s clear.”

Lockhart went on to suggest a hard policy change would have kept the NFL Players Association rep from being involved.

The gist of Lockhart’s statements seems to be that the NFL wants to let players speak their minds—in this case regarding issues of racial inequality, especially in the criminal justice system—but perhaps do it in a way that doesn’t invite censure from fans or, for that matter, the president of the United States.

What remains to be seen is whether players will consider alternate methods of freely speaking their minds—or believe that to be every bit as bad as an outright ban.