The deal makes OBJ the highest-paid wide receiver in football. 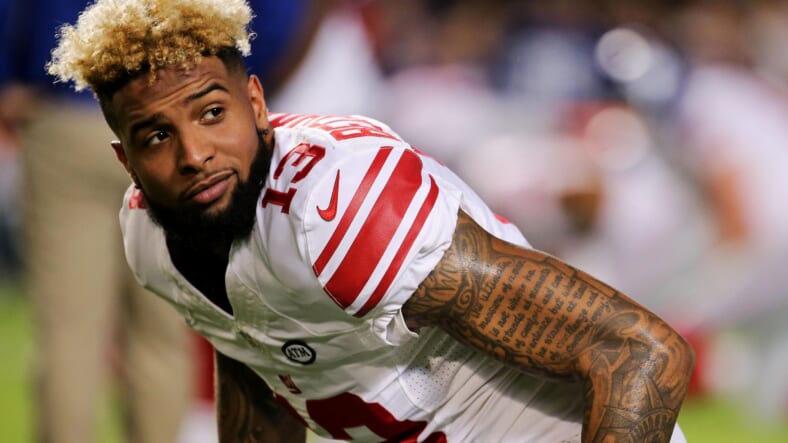 The three-time Pro Bowler is now the highest-paid wide receiver in football after inking a five-year extension with the New York Giants.

Following an announcement from the team, a source told ESPN that the terms of the deal guarantee OBJ $41 million at signing and at least $65 million total over the contract’s duration, with the possibility of earning a maximum of $95 million.

“Honestly, I don’t even know how to explain it,” Beckham said. “I don’t know if it’s a relief, I don’t know – it’s a combination of everything. You’ve worked all your life to get to this point and it’s finally here.”

The news comes less than two weeks before the Giants’ regular-season opener against the Jacksonville Jaguars. Beckham had the best three-season start by a wide receiver in the franchise’s history, but ankle injuries limited him to just four games last year, during which he made 25 catches and scored three touchdowns.

That lack of playtime apparently didn’t deter the Giants general manager Dave Gettleman from wanting to hammer out the record-breaking deal.

“I never worried whether or not we would get it done,” Gettleman said. “I’m pleased, because the litmus test for a contract is that neither side is ticked off before the ink can dry, and neither side should be ticked off. It’s a very fair deal.”

OBJ certainly isn’t “ticked off”—just watch him celebrate with teammate Roger Lewis in the video below:

congrats to my brudda couldn’t be more proud been solid since day one helped me a lot on my journey… you deserve it…MONEY MONEY MONEY!!!! @OBJ_3 pic.twitter.com/cncsmI7IfB