Paige Spiranac: Tiger Woods Is Not a ‘Monster’ For Cheating On His Wife

“It’s not like he killed someone, he cheated. A lot of people cheat in their lifetime.” 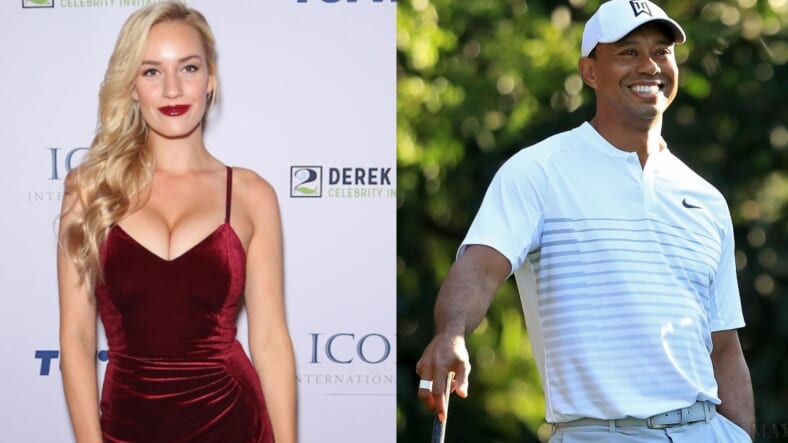 Golfer and Instagram phenom Paige Spiranac thinks Tiger Woods deserves a break. Speaking prior to the Sunday premiere of part two of HBO Max’s Tiger, an in-depth documentary about the legendary golfer, Spiranac revealed that she thinks Woods has been judged too harshly for his behavior off the course, like fooling around on his now-ex-wife and mother of his two children, Elin Nordegren.

On her podcast, Playing A Round With Paige Renee, Spiranac said “I think people were being too hard on him” when his relationship woes and misbehavior (a dozen mistresses, for example) became fodder for gossip.

“You look at your own life and the things you’ve done,” she said, “no one lives a perfect life, we all make mistakes.”

It’s not like he killed someone, he cheated. A lot of people cheat in their lifetime. Probably 99.9 percent of people have done something bad in their life. It’s not for people to sit on their couch and make him out to be a monster when I don’t think anyone could have handled that any better than he has.Let’s get rid of cancel culture and help these people because you don’t know what they are going through. I don’t think any of us could handle that spotlight, it’s insane.”

According to Spiranac, Woods’s unusual life–becoming famous as a prodigy before he was even in his teens then going on to be the youngest to ever win every major golf championship in the same calendar year–as well as witnessing his own father’s infidelities had a profound effect on the golfer.

“Of course he is going to have issues growing up in that environment,” Spiranac said, “the fame he had, he’s always been in the spotlight. He’s never had a normal life.”

Learn more about the circumstances that prompted Spiranac’s sympathy by watching Tiger, a two-part documentary currently available for streaming on HBO Max.