Check out the trailer here. 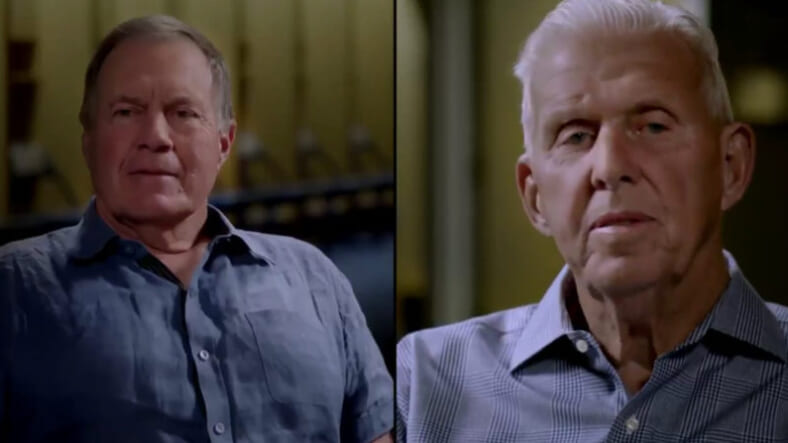 It’s hard to remember now, but there was time when Bill Belichick wasn’t known as the NFL’s preeminent football genius. That title belonged to his boss, Bill Parcells. For years, the two Bills worked together, Parcells as head coach and Belichick on his defensive staff, winning two Super Bowls with the Giants and then moving north to New England before sharing their last workplace with the Jets.

The ups and down of this relationship and the drama that surrounded it is chronicled in a new ESPN 30 for 30 called “The Two Bills.” The trailer came out today.

This documentary looks great for a host of reasons, including the all-star cast of interviewees, which includes Giants legend Lawrence Taylor and Patriots owner Robert Kraft.

It’ll also be fascinating to dig deeper into what happened on January 3, 2000. That was the one day that Belichick served as the Jets head coach. The bizarre 24 hours began with Parcells’ resignation on January 3. Belichick was supposed to succeed him, but the next day, much to the surprise of the Jets and the assembled media, he turned his introductory press conference into a goodbye press conference.

“Due to various uncertainties surrounding my position as it relates to the team’s new ownership, I’ve decided to resign as head coach of the New York Jets,” Belichick said. It’s a moment that is seared into the memories of long-suffering Jets fans everywhere.

Belichick resigned, of course, because he was going to coach the Patriots. And nearly two decades later, it looks like he made the right call.