He wasn’t always a tough guy. 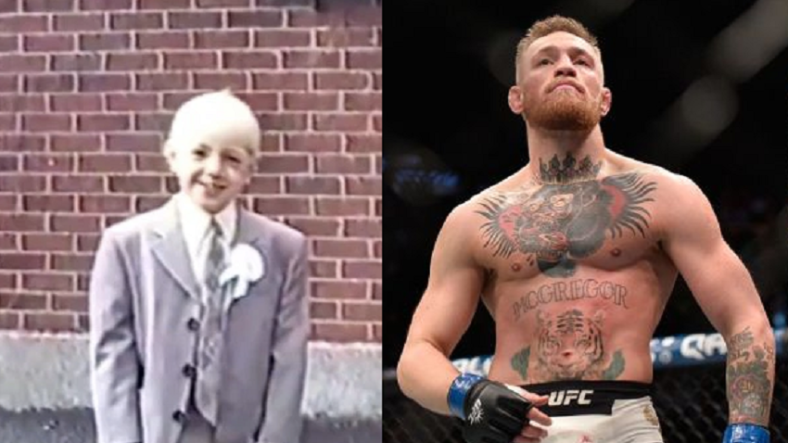 UFC titleholder and card-carrying colorful character Conor McGregor has a sense of humor, but we’re not sure it can hold up against the release of this video.

He doesn’t seem like the kind of guy who would let anyone get away with calling him “cute.”

The Daily Mail reports the footage is of the 29-year-old multimillionaire at age seven. He’s apparently at a wedding ceremony and, let’s admit it, having a good time.

Weirdly, much of the McGregor which fans either love or hate today—the Notorious One doesn’t inspire neutrality—is on display. The sharp (if out-sized) suit, the excellent footwork, and hamming it up for the camera.

As UFC is about theater as much as it is about fighting, we wouldn’t be surprised if a future McGregor opponent figured out a way to taunt the champ with this video.

Even though we have to admit that yeah, it’s pretty adorable.