Air Jordan 3 ‘Cement’ Is Back After 30 Years 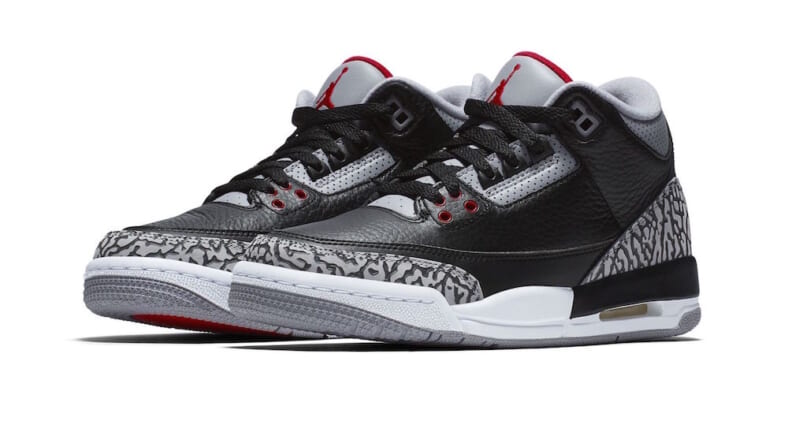 Now, Nike is bringing back the original leather kicks from 1988 in a black, cement grey and fire red colorway, the Air Jordan 3 “Cement.”

Included on the Cement is the original Nike Air branding on the heal. Many forget it was on these kicks that visible Nike Air technology first appeared.

Sure, there are better cushioning systems now, but the O.G. Nike Air was one of the firsts.

They are also the first sneaker designed by Jordan Brand legend Tinker Hatfield, who designed the rest of the Air Jordan models up to 15.

They definitely did the trick for MJ. He wore them during his defeat of Dominique Wilkins in the 1988 Slam Dunk Contest.  He also wore a black pair when he took home the All-Star Game’s MVP award. You could say that these 3’s had their legend “cemented” in 1988 forever.

The Air Jordan 3 Cement is available February 17th for $170 at End.