It could be most significant sale in the brand’s storied history. 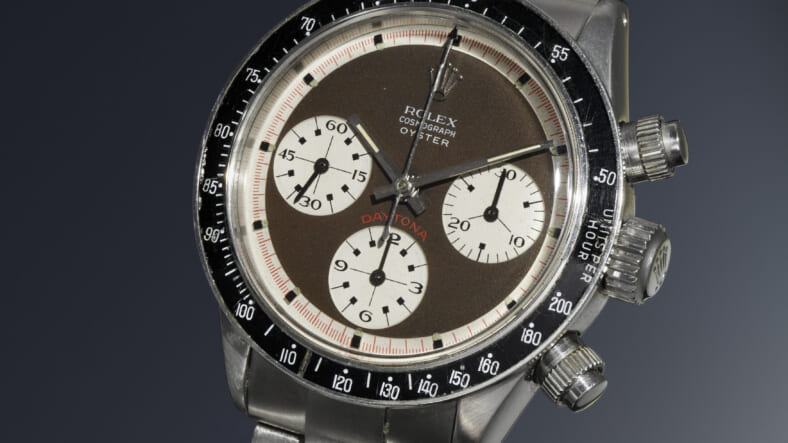 A ridiculously rare and important racing driver’s Rolex made in 1942 that was never offered for public sale, and the ultimate tropical dial Rolex “Paul Newman” Daytona are both expected to bring in $1.5 million each during Phillips’ watch auctions taking place in Geneva on May 14, marking one of the most important milestones in the history of the legendary Swiss brand.

Only a few examples of the to-kill-for Ref. 4113 split-seconds chronograph are known to exist, and a nearly identical one holds the record for the most expensive Rolex in the world. 12 pieces were originally presented to a select group of racing teams and their drivers by Rolex who were active in sponsoring racing events at the time, and they were never available for sale.

The Daytona (above), Ref. 6263 is known as the “Oyster Sotto”, the rarest and most desirable of all “Paul Newman” Daytonas named for the actor’s affinity for the model, with a record-setting $1.5 million estimate. One of only two known to exist with a brown “tropical” dial, Phillips calls it quite simply “the world’s most important ‘Paul Newman’ Daytona ever offered for auction.”

So for $3 million you could make history and be the only man in the world to own both. Who’s game?