Daniel Craig collaborated with the luxury watchmaker to create a killer new timepiece. 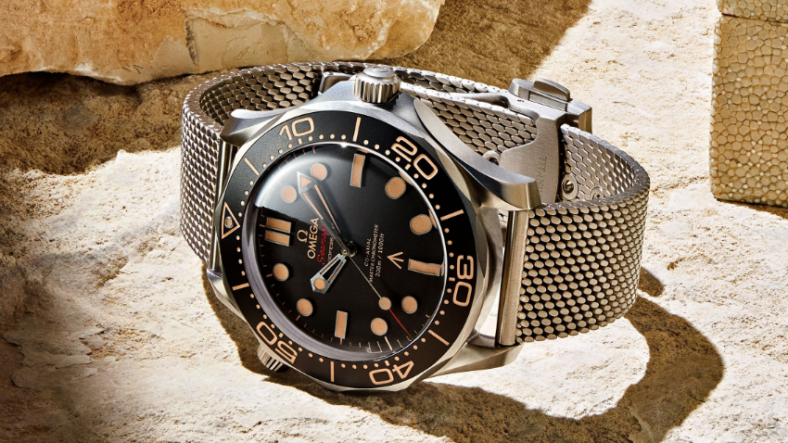 Omega—in collaboration with No Time To Die star Daniel Craig and the movie’s producers—has revealed the watch that will continue the super spy’s relationship with the iconic watchmaker.

Even better, the new Omega Seamaster Diver 300M 007 Edition will be a part of Omega’s collection before the film is in theaters. And it’s not a limited edition so the chances of acquiring your own (if you act in time) are excellent.

The Seamaster Diver 300M 007 Edition was created with military specifications but also with creative input from Craig, who stayed in close contact with Omega during the entire process. Who could be better qualified than the man himself to understand the special complications James Bond might need?

Craig’s role in creating the 007 Edition was notable. In a press release he said that when “working with Omega, we decided that a lightweight watch would be key for a military man like 007.”

“I also suggested some vintage touches and color,” Craig said, “to give the watch a unique edge. The final piece looks incredible.”

Indeed it does, and the specs are just as impressive.

The 007 Edition Omega has a 42mm case of Grade 2 Titanium. The mesh Milanese bracelet is also made from titanium and Omega crafted the dial and bezel ring from aluminum, the metals combining to make a uniquely tough but lightweight timepiece.

The diving scale, hands, and numbers are coated with SuperLumiNova for visibility and on the caseback the watch has been engraved with numbers that continue its military style—0552, a Navy personnel code, 923 7697, which defines it as a dive watch, and of course 007. The number 62 at the end of the string isn’t random, either; it marks the year Dr. No, the first Bond flick, was released.

We’ll see Bond and his Seamaster in action when No Time To Die premieres in theaters on April 3, 2020.

The new Seamaster Diver 300M 007 Edition will be available for purchase in February 2020. The Nato strap version will retail for $8,100 (USD) and the titanium Milanese bracelet style will cost $9,200.