Made in 1999, it’s the most expensive modern Rollie ever sold. 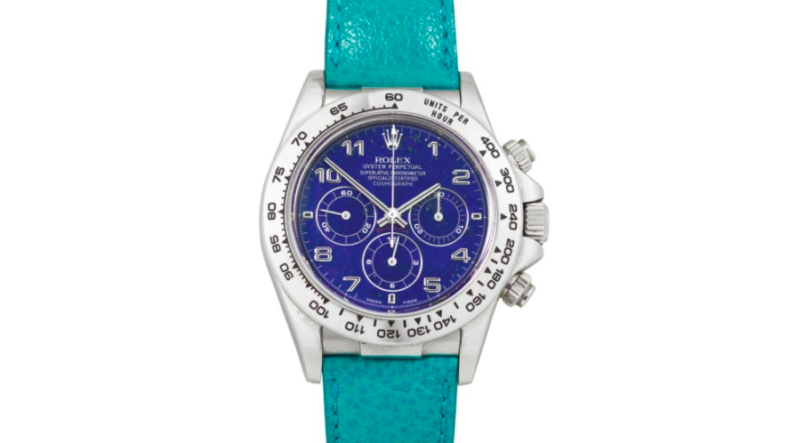 Sotheby’s sold a rare platinum Rolex Cosmograph Daytona for a record $3.27 million in a Hong Kong auction Saturday. With its unique lapis lazuli dial the watch, made in 1999, was easily the most high profile purchase.

Reference number 16516 sold for a great deal more than the auction house estimated and in the process it set a world record for a newer model. The all-time record belongs to the nearly $18 million Paul Newman Daytona once owned by the late actor himself.

Sotheby’s has more details in its listing for the watch:

The consigner was an unnamed private collector and while they certainly got their money’s worth, they still had a fascinating timepiece to offer.

In further detailing just what a unique creation this Daytona really is, Sotheby’s notes that “the case is crafted from platinum, the world’s most noble metal.”

Anyone feeling left out and itching for their own platinum rollie will have another opportunity within the next couple of days and for a lot less money—Sotheby’s is offering this 2006 Reference 118206 Day-Date A platinum automatic with date and diamond-set indexes through July 14, 2020—the starting bid is $16,000.