She says she’ll use the money to buy a new home and “get a boob job.” 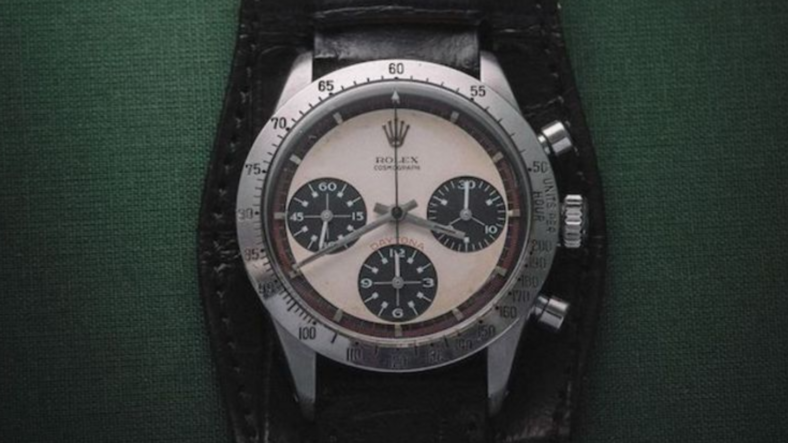 The gorgeous Rolex Daytona seen above isn’t the one a Canadian woman found in the cushions of a sofa she purchased at a thrift store—the one in the photo was Paul Newman‘s, sold in 2017 for $17,752,500. The Canadian did find the same model, however, and it netted her a cool $250,000.

Paul Altieri of Bob’s Watches wrote about the remarkable windfall for The Robb Report, and his account depicts one of those scenarios people usually only encounter in daydreams.

A few months back, I received a call from a woman in Canada about a watch she wanted to sell. As she tells it, she was sitting on the couch one day when she dropped her phone. She stuck her hands in between the cushions to retrieve it, but instead of her phone, she pulled out a watch. Upon closer inspection, she saw that it was a Rolex. She turned to her 92-year-old father and asked him if it was his, to which he replied, “Of course that’s not mine. You know I can’t afford a Rolex.” But little did she and her father know that very few people actually could afford this particular watch. It turned out to be a vintage Rolex Daytona 6241 “Paul Newman.”

Of course, the store where she acquired the sofa had records of the previous owners, right? Nope.

According to Altieri, since “the sale of the couch was long in the past, the thrift store had absolutely no record of its previous owner, let alone a way to get in contact with him or her.” At that point, the woman (who wisely asked to remain anonymous) was basically the owner of a quarter-million-dollar windfall. All from incidentally discovering a luxury timepiece in the cushions of a $25 piece of used furniture.

Altieri sent an expert to the woman’s residence in Canada to authenticate the Rolex. It proved to be the real deal and she cleaned up, big time.

Asked what she’d do with the money, Altieri reports she said she would “buy a house and get a boob job.”

You certainly can’t buy those things with the lint, small change, and pencils the rest of us have lurking in our couches.