The Brazilian bombshell has been rocking lingerie onstage for 17 years, and she still looks as amazing as ever. 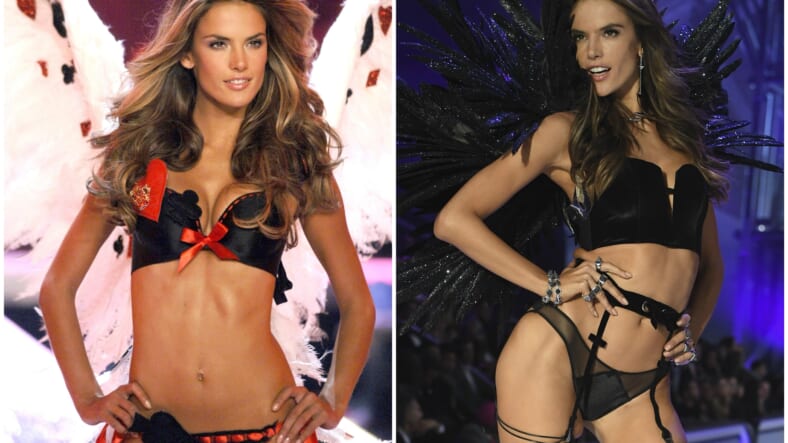 Just a few hours ago in Shanghai, Alessandra Ambrosio, a.k.a. one of the most iconic Victoria’s Secret Angels of all time, retired her wings after walking in the Victoria’s Secret Fashion Show for the very last time.

Backstage … at the best show on earth #vsfashionshow ✨💖✨💖✨ #Shanghai 📸 @timuremek

The 36-year old Brazilian supermodel and former Maxim cover star announced that she’s finally ready to step off the runway after nearly two decades with the iconic lingerie brand (her first V.S. show was wayyyyy back in 2001), and focus on other projects, like her successful swimwear line, budding acting career (she currently stars in Daddy’s Home 2), and two kids.

After such a long reign as the queen of lingerie, it’s only right that we honor Alessandra with a heartfelt tribute to her 17 sexy years at Victoria’s Secret.

Ambrosio will definitely be missed on the runway, but  you can catch her strutting her stuff one more time at the 2017 Victoria’s Secret Fashion Show, which airs Tuesday, Nov. 28 at 10 p.m. ET on CBS.