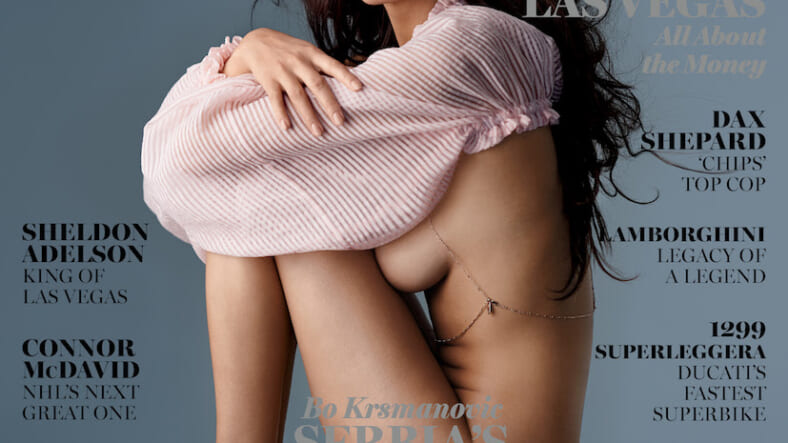 Serbian export Bo Krsmanovic is thankfully forgiving when you inevitably butcher her name. Bo, she says, “is short for Bojana, actually.” Then she patiently gives you the phonetic version of her surname: “Kras-MAN-o-vich.” She laughs before adding, “Nobody knows how to pronounce it. It’s a little bit annoying.”

Be that as it may, Bo’s name is sure to become more familiar. In February of last year, the 25-year-old was a rookie in Sports Illustrated’s Swimsuit Issue; like beauties Claudia Schiffer, Laetitia Casta, and Alessandra Ambrosio before her, she’s landed major campaigns with Guess.

And she’s prepared to be strategic about her assets. This winter, Bo graduated with a B.A. in economics from the Univerzitet of Džon Nezbit in her hometown of Belgrade. It’s been a whirlwind few years since the exotic beauty first landed in Los Angeles to shoot her first Guess ad…

For the full story and all the glorious photos of Bo Krsmanovic, check out Maxim’s April issue, on sale March 28, and be sure to subscribe so you never miss an issue.