The fun-loving supermodel might have had the best time ever. 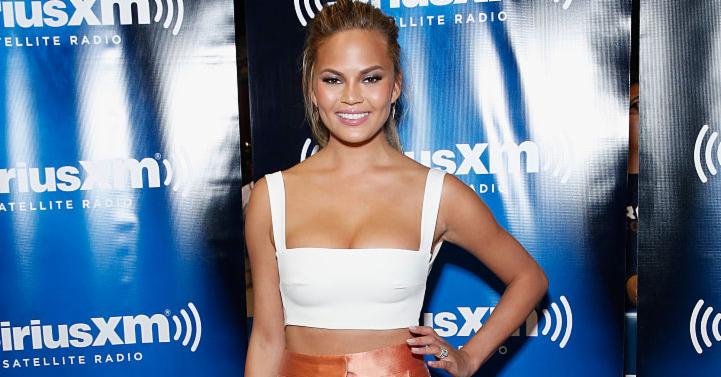 Supermodel Chrissy Teigen is a straight-up superstar, both on the runways and especially on Twitter, where she regularly entertains and enlightens her nearly 4 million followers.

But while taking in the historic Super Bowl with husband John Legend in Houston, Teigen had the perfect clap back for a brief “nip slip” that has already spawned countless Internet headlines and comparisons to Janet Jackson’s famed “wardrobe malfunction.”

After somebody tweeted a brief-but-glorious glimpse of Teigen’s heavenly bosom that was broadcast on live TV, the 31 year old retweeted it with pride. Screw the haters and #FreeTheNipple, indeed!

But that’s not all. Tiegen also tweeted some scrumptious-looking photos of the nachos, pizza, and hot dogs she was dining on in the stands (scoring even more points for being awesome), and she posted a few funny-as-hell videos.

Did anyone have more fun on Super Bowl Sunday than the gorgeous Chrissy Teigen? We think not.