“Sometimes I look around and I’m just like—wow, I’m the only one who has cleavage.” 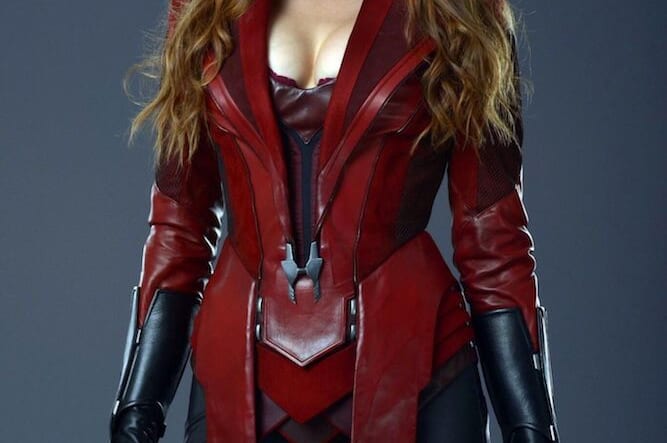 Actress Elizabeth Olsen returns to her superhero role of Scarlet Witch in the Avengers: Infinity War, which broke box-office records with a $630 million opening weekend worldwide.

Even if her real-life super power is now shitting money, Olsen revealed an issue she has with the franchise to Elle magazine: she’s the only female superhero in the Avengers universe who bares so much cleavage.

“Everyone has these things that cover them—Tessa Thompson does, Scarlett does. I would like to cover up a bit,” Olsen said of the red corset that Scarlet Witch wears.

“It’s funny because sometimes I look around and I’m just like—wow, I’m the only one who has cleavage, and that’s a constant joke because they haven’t really evolved my superhero costume that much.”

Olsen admits her case is not unique with female superheroes.

“But then they made Wonder Woman, you know? And that’s what she’s in.”

“I think of the costumes and what we have to wear—it’s more about iconic images, because that’s what these movies are,” she said. “I think that’s the goal with the costumes, and it’s not representing the average woman.”