“It wasn’t a choice. I do have that fighter in me.” 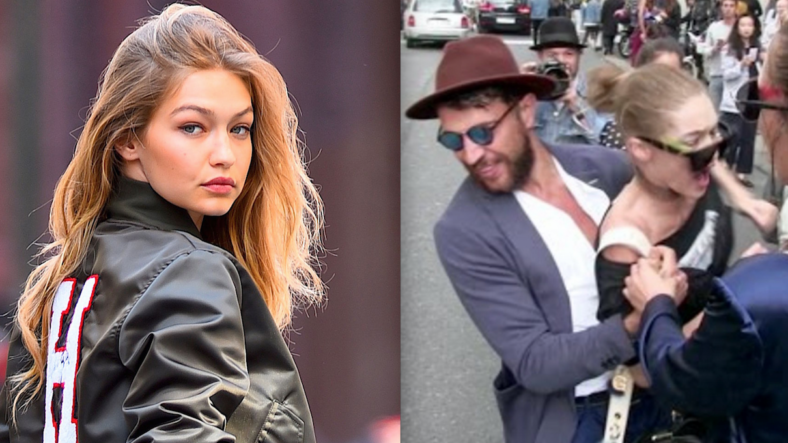 Gigi Hadid was recently the victim of an ill-conceived prank while exiting the Max Mara show at Milan Fashion Week. A known celebrity prankster grabbed Gigi and lifted her off the ground, only to be met with the wrath of the supermodel turned superwarrior.

The Internet and the fashion community alike rallied around Gigi, praising her show of ass-kickery, elbowing the creep in the face and ably fighting him off.

At last, Gigi had broken her silence on her assault in an interview on Lena Dunham’s Lenny Letter, titled “Gigi Hadid Will Not Accept Street Harassment, and Neither Should You.”

“I played volleyball, and my coaches talked about muscle memory,” Gigi told Dunham. “I started boxing two years ago and I always remembered that. Since then, I hadn’t been in a situation that forced me to fight back, but it just came out when he grabbed me — it wasn’t a choice. I do have that fighter in me.”

“I remember taking the time, as it all felt slo-mo, to look at him, a stranger, and my first reaction was: ‘Get me out of this situation.'” she continued. “Honestly, I felt I was in danger, and I had every right to react the way I did.”

Took @Voguemagazine to my home away from home – @gothamgym! So excited to be a part of #Voguefit, hoping to inspire others to find what they love to do to stay healthy and strong in 2015! 💪 @underarmourwomen @lululemon @nike More coming soon, check it all out on Vogue.com xx

Even more, Gigi left a powerful message for her female fans, encouraging them to defend themselves when necessary.

“If anything, I want girls to see the video and know that they have the right to fight back,” Gigi said. “Confidence in your own ability to defend yourself comes with educating yourself about it, and is a massive advantage when in an unsafe situation.”

This is one supermodel we don’t want to mess with.