She was on fire. 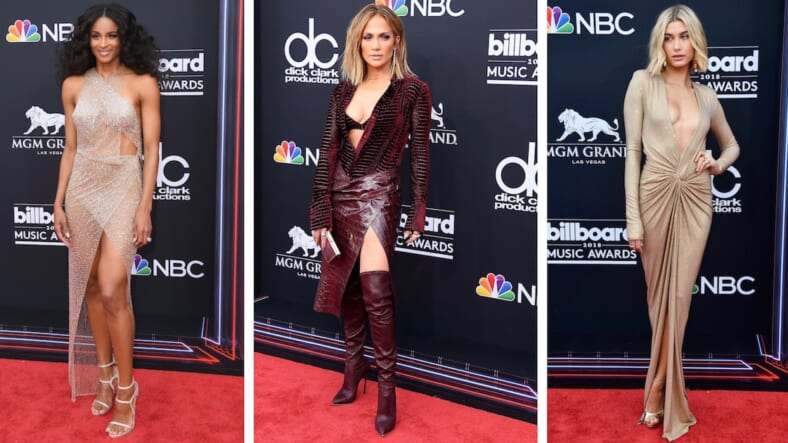 Jennifer Lopez was among the star attractions of the 2018 Billboard Music Awards, held at the MGM in Las Vegas and hosted by Kelly Clarkson.

J.Lo won the red carpet in an unbuttoned crocodile skin top and then later debuted her new single, “Dinero,” in a sultry, jazz-inspired performance.

Janet Jackson was the guest of honor, accepting the Icon Award and putting on her first live televised performance in nine years. The 52-year-old pop legend performed a medley of “Nasty,” “If” and “Throb.”

“Whatta Man” collaborators Salt-N-Pepa and En Vogue also reunited for a medley of ’90s hits, including “Push It,” “Shoop,” and “Let’s Talk About Sex.”

There was no shortage of talented and gorgeous stars. See our 14 favorite in the slideshow above.