And she liked it too. 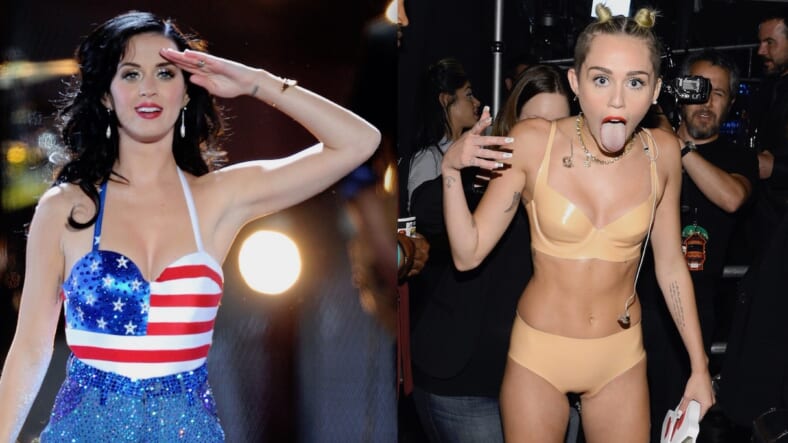 Katy Perry rocketed to fame back in 2008, when her single “I Kissed a Girl” was the most scandalous song on the airwaves.

But what came of the bicurious girl with the soft skin and cherry chapstick with whom Katy shared her sapphic kiss? Doesn’t she deserve some of the fame?

Even more shocking: the erstwhile Hannah Montana star was just 15 at the time while Katy was a mature 24. Oddly, “I Kissed a Minor” doesn’t have the same ring to it.

“And I heard her on the radio. They said, ‘Who’d you write that about?’ And she said me. And I was on a four-wheeler at the time, and I heard it, and I started screaming and freaking out, and then she asked me to go to the MTV VMAs with her.”

Maybe Miley is just trying to get some royalties. Katy Perry told Howard Stern back in 2008, “There was actually not one particular girl that inspired this song.”

This mystery may never be solved.