What’s that for, KJ? 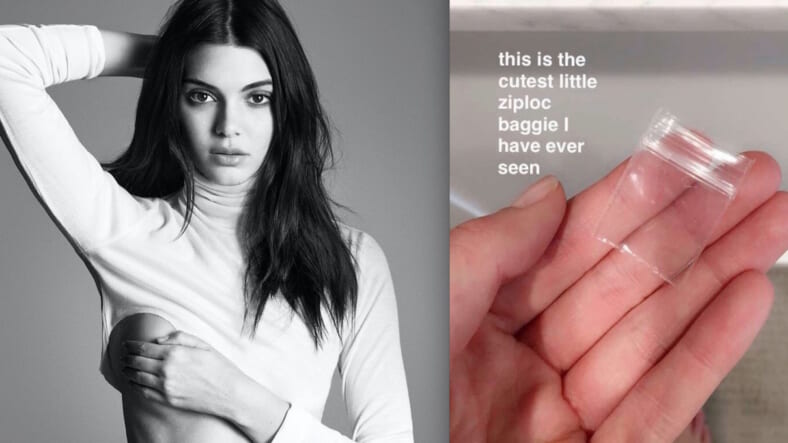 Kendall Jenner raised a few eyebrows on Snapchat recently when she shared a picture of “the cutest little Ziploc baggie” she had ever seen (awww!).

Let’s just say that this isn’t the kind of baggie your mom wrapped your PBJ back in elementary school—and more like the sort that litter the bathrooms of elite nightclubs and decadent late-night parties that supermodels sometimes get invited to.

Perhaps the 20-year-old stunner is still a bit wet behind the ears (you Snapchat and you learn), or maybe she’s just some darkly brilliant, super-sexy troll. After all, the adorably tiny bag in question appears completely unused, even downright pristine.

While there’s absolutely no evidence to suggest that KJ was partaking in some old-school supermodel high-jinks, she still quickly removed the picture from her Snap Story after it blew up on Twitter. One reposting now has over 7,000 retweets and nearly 12,000 likes (see above).

But Kendall can take heart knowing she takes after a long line (see what we did there?) of top models who have been photographed with cute little baggies of their own.